The Nexus after the Galaxy 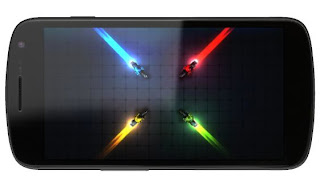 Trying to predict what the next version of the iPhone will be like is a pure guessing game, so I won't bother. There are two things which look pretty certain for the next iPhone. It's processor will be built from the new 32 nanometer process, or we might even see it shrunk to a smaller die size making the chipset more power efficient. It will have LTE, hopefully a on chip solution like that on the Qualcomm S4 and not a separate chip like the new iPad (unofficially the iPad 3).

The Google Nexus phone is a more predictable animal. The first Google Nexus phone, the HTC manufactured Nexus One was a hardware tour de force. But since than the Google Nexus phone has served as a baseline of what ideally are the minimum specifications of Android phone which will serve a user well for the Next two years as well as introducing new "standard" features.

The Google Nexus S is a good example of this. It was basically a Samsung Galaxy S with a flash for the camera. If you bought one in 2011, you are now running ICS and it should keep you happy enough so that you can skip the Galaxy Nexus and wait for the next Nexus phone. So what will the next Nexus phone come with.

Display size (4.5 to 4.8 inches). The Nexus phone started with a 3.7 inch display in 2010, than moved to 4 inch display and the latest version has a 4.65 in display. I think this is about as big as it gets. We might see it grow to 4.7 or 4.8 inches, but that is about it.  I would not be surprise it it shrank to 4.5 inches to make it an overall handier package either. So I am expecting a 4.5 to 4.8 inch for the next Nexus phone and for all succeeding models after that.

Display resolution (720p - 720 x 1280 pixels). With the Galaxy Nexus, the Google Neuxs phone has moved from WVGA displays to a 720p HD display. It does not make sense to have a higher resolution display on a 4.5 to 4.8 inch screen. This display already produces 300 pixels or more per inch, and people some to concede that the human eye cannot distinguish more pixels than that.

Display type (AMOLED or IPS2). So far, all the Google Nexus phones have used AMOLED or Super AMOLED displays, with a variant of the Nexus S being offered with a standard LCD display.

While there is nothing wrong with 720p Super AMOLED displays, pundits question it being a true HD display. I think this is something Google would like to avoid in their next release. If Samsung cannot come up with a Super AMOLED Plus display at a reasonable cost for this phone, there are alternatives.

I think this one is a toss up.

Soft keys (Yes). Not many manufacturers have followed the Galaxy Nexus design of soft keys, which include the biggest Android phone manufacturers. Still I think the next Nexus phone will continue to use soft keys mainly because Android tablets use soft keys and and Android 4.0 is intended to help unify tablet and smartphone app development.

RAM (1 GB). LG has a phone with 2 GB of RAM, while most top end Android phone still use 1 GB. I do not see Google moving to more than 1 GB this year as in general Google Nexus phones are not designed to have the highest specifications in the market, but basically to set a baseline for what specifications would be enough to run the next version of Android for 2013 and 2014.


Storage (32 GB). MicroSD card support for Android phones is on the way out. It was not present in the Google Nexus S and the Google Galaxy Nexus, and it is no coming back. The Nexus S and Galaxy Nexus both came with 16 GB of storage, so the next Google Nexus phone will have at least 16 GB of storage. The Sony Xperia S and the HTC One X now offer 32 GB as the minimum storage, for the non-carrier specific models at least, and it would seem as apps will not be made to support a 720p resolution rather than a WVGA resolution, more space would be needed more and more. In the end it comes down to cost. I expect the next Google Nexus phone to come with 32 GB of internal storage, unless the cost of flash storage will significantly increase the price of the phone.

Chipset (Qualcomm S4). Unless Nvidia, Samsung or Texas instruments can get a system on chip LTE modem on their chipset soon, it looks like MSM8960 Qualcomm's S4 (Snapdragon) is the clear choice. It allows Google to build LTE phones and non-LTE phones with the same chipset. The dual core Kraits on the Qualcomm S4 does well against Nvidia's and Samsung quad core solutions, lagging behind only in graphics because of the Adreno 225 graphics. But Adreno 225 is just a stop gap solution, and the Adreno 320 graphics on the a MSM8960 chipset, called the MSM8960 Pro should be ready in time to make it unto the next Nexus phone.

Camera (8 MP). Google Nexus phones have come with 5 MP cameras, and that was a big issue with the Galaxy Nexus. While the 5 MP on the Galaxy Nexus is a pretty good shooter, an 8 MP unit will save Google a lot of grief.


Battery (2000+ mAh). Several phones with batteries exceeding 2000 mAh have already appeared in the market, and battery size is a strong marketing tool. I would expect at least a 2000 mAh unit on the next Nexus phone.