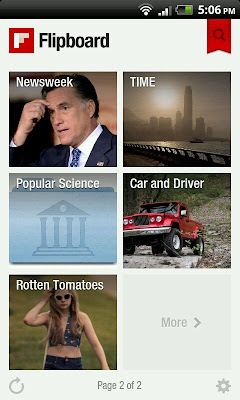 Apple iPad and iPhone users are already familiar with Flipboard. Flipboard is an app that aggregates feeds from websites and social networks. While this is not new in itself, the Flipboard's innovation is in its presentation. The app presents the web in a  magazine like format. 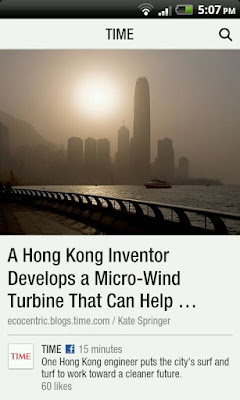 Flipboard for Android was supposed to be a released initially as a Samsung Galaxy S III exclusive for a time, after which it would be made available to selected Android devices. A member of XDA Developers managed to nab a copy of Flipboard for Android from a demo Galaxy S III. I do not know how Flipboard, Inc. feels about this development, and Samsung is certainly not happy about this.

A gradual roll out of Flipboard is necessary, and you can't fault Flipboard, Inc., for that. Flipboard was originally launched for the Apple iPad. When the iPhone version came out, 1 million iPhone owners downloaded the app and it crashed Flipboard servers. Remember, when Instagram came out for Android, its user based increased by 1 million users per day.

Anyway, back to the app. Flipboard has a wide selection of "publications" available with new ones being added over time. 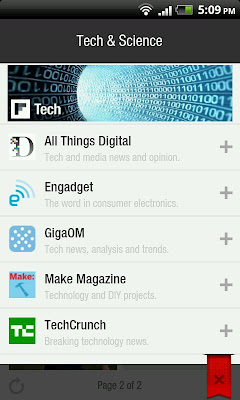 In addition to feeds from websites, Flipboard case also get updates from your favorite social networking services. 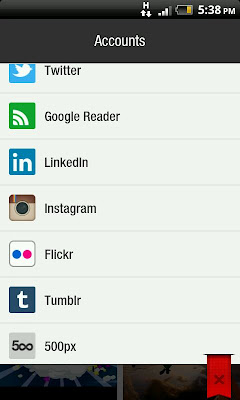 While Flipboard presents social networking feeds beautifully, it does not update in the background, have a system of notifications or replicate all the functionality of a social network. 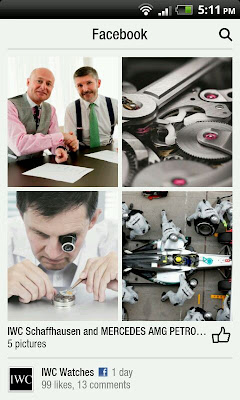 In Facebook you can "like" a post, reply to one and even post your own status update. In addition if there is a picture associated with the Facebook, Twitter or other feed, it will display it automatically. But it has no system for notifications. You will not be informed when someone sends you a message, replies to your post, replies to a comment you made on someone else's post, likes you post or tags you in a picture. You can upload pictures using Flipboard, but there is no way to tag pictures.


Interestingly, I have two friends who migrated to Flipboard for their Facebook accounts, and now I am starting to realize why they seem unresponsive to messages and posts where they are mentioned or reply when you comment on their post.

You could have Facebook notification sent via email and get notifications that. But you would have to manually locate the relevant post on Flipboard, which would not be too easy with those with very active Facebook accounts. You would also need a different app to handle Facebook messaging or use the Facebook mobile site to this.

Flipboard does make a good Facebook app for the lurker, who would rather not be bothered by notifications. 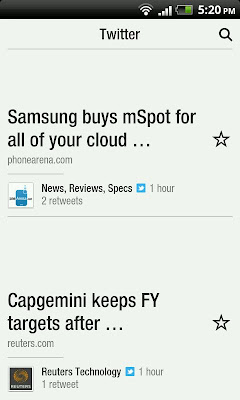 Flipboard can actually require more steps to get the same amount of information. Because of this Flipboard is not the fastest and most efficient view your Twitter feed. Rather than simply scrolling for information, you will have to open a Tweet, than go back to your main Twitter feed. You will find yourself opening Twitter feeds you normally ignore because you are not sure what the entire posts says.

There are other matters to take note off. Connecting Flipboard to my small 30 person Facebook account, Twitter and adding five website feeds caused my phone to download 33 MB of data.  Given that I only have read two articles and replied to a Facebook post using Flipboard, it does seem to be heavy on data use. Since the app downloads pictures associated to posts and displays them in near full screen, a fair amount of data usage is to expected.

Flipboard also shows up on my battery usage chart, whereas my main social networking and news app do not consume enough battery power to actually be displayed there.
Flipboard does have is uses. I will probably use Flipboard to view "publications" instead of Google Currents. Flipboard has a nicer and more natural feeling user interface and Flipboard has its own interesting in-house curated content.

Ultimately, Flipboard is not the fastest and most efficient way to get information. It certainly displays content in a more beautiful and elegant manner than any other app I can think off. For social networking it is hard to recommend. It doe make a compelling, alternative to Pulse and Google Currents.