The Sony Xperia ZR is here! 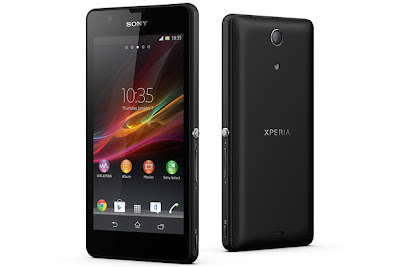 The Sony Xperia ZR should be hitting Philippine retailers shelves this weekend. The new Sony offering is an Android phone with a 4.55-inch HD display and a quad core processor. The Xperia ZR is essentially a smaller version of the popular Sony Xperia Z. Both phones have the same processor, amount of RAM (2GB), the same camera and share the same dust and water resistant properties.

The Xperia ZR has a smaller 4.55-inch HD (720 x 1280) display as compared to the 5-inch Full HD (1080 x 1920) display on the Xperia Z. Internal storage has been cut to just 8 GB, but it is expandable via a MicroSD card. The front camera has also been downgraded to a VGA unit. Also changed is the phone's case back. Instead of the glass plate at the back you find on the Xperia Z, the Xperia ZR has a removable plastic cover.

The Sony Xperia ZR, with the smaller phone should be the handier of the two phones. It is 67.3 mm wide, substantially narrower than the 71 mm of the Xperia Z. However, the ZR is much thicker at 10.5 mm as against the slim 7.9 mm profile of the bigger Sony Xperia Z. The back is curved, so it feels a bit handier than the Xperia ZR. Now, 10.5 mm is not all that thick, but seeing the Sony Xperia ZR, it is starting to look chunky by today's standards.

The one thing which is really nice about the Sony Xperia ZR is the fact that the battery is user replaceable. Something you see less and less these days.

So, there is nothing more to discuss, except the price. It is a bit more expensive than I expected. Sony's suggest retail price is Php25,990. Street prices for cash sales should be at about Php23,000.


Prognosis? Me, I like it. I am not all that sold on the need for a Full HD display. The 4.55-inch display is big enough, and the 332 per inch pixel density is sharp enough, for me. With a 2300 mAh battery, this phone should have excellent battery life. Also, I really like phones with a user replaceable battery.

I am not sure how you feel about the Sony Xperia ZR, but it is replacing the Sony Xperia ZL in next month's top five smartphone list... unless something better arrives in the next twelve days.