Which?, a British publication recently conducted speed and battery life tests on several of the top smartphones on the market. 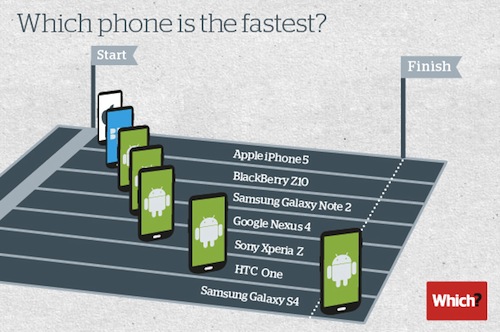 Which? used the Geekbench 2 tests where the Samsung Galaxy S4 crushed most of the competition, with only the HTC One coming close.
The online publication also tested talk and web browsing time. 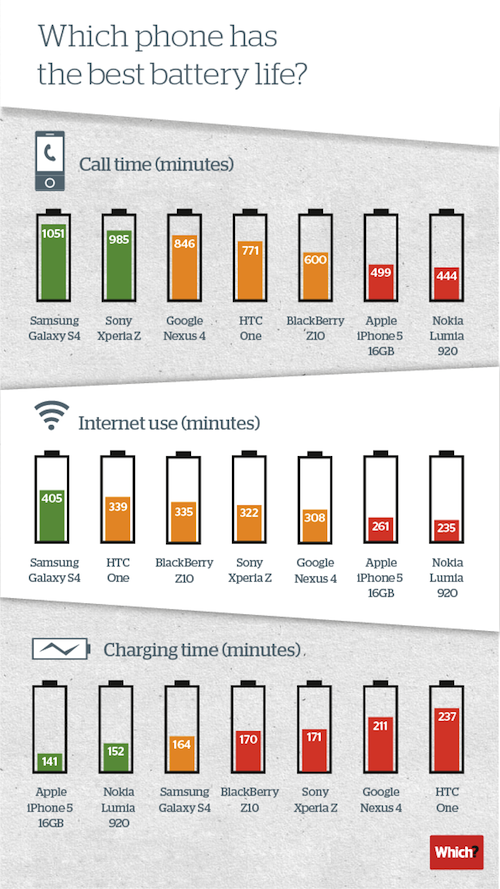 Samsung again was the one that topped the talk time test, with the Sony Xperia Z coming close. In web browsing, the Samsung Galaxy S4 was the runaway winner, with the HTC One, BlackBerry Z10 (STL 100-2) and the Sony Xperia Z all bunched up from second to fourth place.

Apple's iPhone 5, came in last in the speed test and second to last in the battery life tests. It did win the fastest to recharge test. Still, even in this test, it was closely hounded by the Samsung Galaxy S4, which too is just 23 minutes longer to recharge.

To get more details on the test, visit Which?, at the links below.

Source and Image Source: Which? UK's Fastest Phone and Longest Battery Life
Posted by Unknown at 12:00 AM