Samsung Galaxy S4 Active - Only if you wear gloves 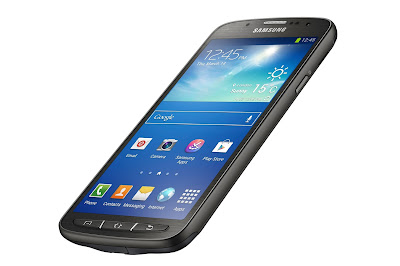 The most apparent change brought by the Samsung Galaxy S4 Active is a new housing, which is 2.9 mm taller, 1.5 mm thicker and 1.2 mm wider than the regular Galaxy S4. This case is IP67 certified as water and dust resistant, so it is as water resistant as the Sony Xperia Z and a bit more dust resistant. Unfortunately, the new housing does not offer additional protection for the display or the camera, so you still probably would want to put a protective case on this phone. That would make the entire package rather ungainly. 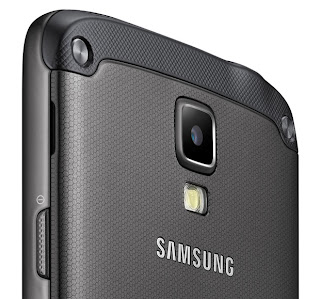 To assist with operating with gloves, the screen sensitivity has been increased, and the two capacitative buttons (menu and back) were replaced by physical buttons. One thing you should note is that the increased screen sensitivity does result in higher power consumption. Overall, you should expect 10-20% shorter battery life.

Another change also has an affect on battery life. Instead of a Super AMOLED display, a regular TFT display is used in the Samsung Galaxy S4 Active. If you play a lot of video, the combination of the more sensitive display and the TFT display means the loss of about 30-40% in terms of battery endurance.

One thing missing from this phone is a dedicated camera button. Touchscreens can become unresponsive when wet, the LCD on the Galaxy S4 Active is no different. For a camera that works in the wet, the Sony Xperia ZR is a better choice.

If I wanted a ruggedized Galaxy S 4, I would probably just put an Otterbox Defender or Commuter case on it. Either option would also offer more protection for the screen. There are really only two reasons to buy the Galaxy S4 Active over the regular version. It is a better choice if you wear gloves. It is also a bit cheaper than the Galaxy S 4 at just Php27,990.