Ubuntu for Android: Ubuntu Linux will convert your phone into a CPU

PCWorld has a preview of the upcoming Ubuntu Linux for Android. Basically, Ubuntu for Android will allow you to install a fully functional Ubuntu Operating System in your Android mobile phone. The phone will operate as a normal Android phone. When placed on a dock connected to a screen and keyboard, your Android phone now acts as the CPU for your desktop 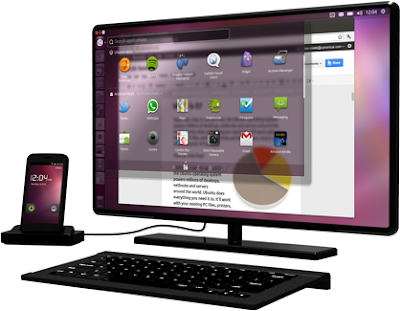 While this particular use is very interesting, the next logical step in this evolution is even more so. How long before we see Motorola like webtops. Basically, plug your phone into a screen and keyboard dock and have a fully functional Ubuntu Linux laptop. We might even see a device which converts your phone into a tablet.

Canonical and Motorola (Google extended) should really get together for a talk.