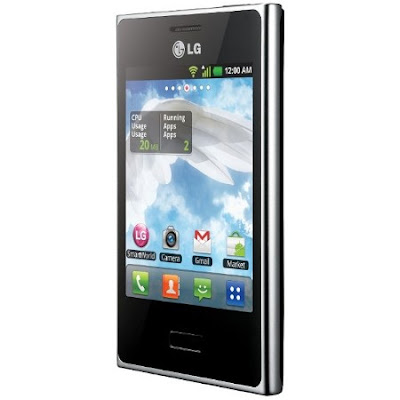 The first phones being announced at the Mobile World Congress 2012, which we are likely to see in Philippine shores are from LG. The entry level model announced, the LG L3 E400 is available for shipping now.

The other details on this phone are scant, but what we know so far makes similar to Samsung popular Galaxy Y. The phone is powered by an 800MHz processor has a 3.15 MP primary camera and no secondary camera.

With all kinds of interesting phones available at below 6K these days like Alcatels Dual Sim Blaze Glory 918N which has a higher resolution 320 x 480 screen, the LG L3 E400 would have to be priced really low, at much less than 5K if it is going to get any interest.

So unless this phone comes out at a price the absolutely floor us, this phone is something likely to be forgotten soon.