Sony PS Vita: Under threat from the convergence of technology?

We normally do not cover the gaming console market, since this blog focuses primarily on mobile internet access devices. The PS Vita is crossing the line, so to speak by adding to a web browser social networking apps, such as Facebook, Skype, Netflix, Twitter, and Foursquare. While it does have the rich app environment of a smartphone or tablet, it does make the Vita a viable tablet alternative for the hardcore gamers, and Sony may actually make more none gaming apps available at the PlayStation Store.

And that is the aspect I want to look at. Should Sony make the Vita a more capable internet access device? 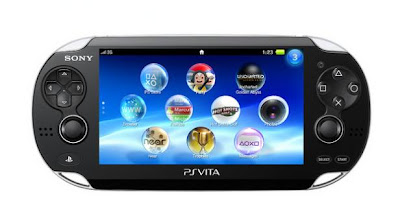 Convergence of technology. A few years ago I wrote about the convergence of technology. It was great to be able to dump the Personal Data Assistance because the smartphone became capable of doing that task. The frequency at which I lugged my laptop around also dropped because the smartphone has become my primary email access device and is great for quick access to information you might need for the field. The laptop only accompanies me now when there is when there is serious work to be done.
Since than, things have changed. I have maintained my two device combo. But I am not the typical techie (or maybe I am not one at all).

Divergence. There was a time mobile phones were so expensive each of us only had one. There was also really little reason to own more than one. Today, most people I know actually own more than one phone. The majority have two or three phones. Normally one is a smartphone, the other is a dual sim phone. Low cost dual sim back-up phone evolve from the need to have more than one line in order to take advantage of lower in network service costs by carriers, like unlimited voice and text services within a network.

Instead of our smartphones taking over all our communications tasks, carrier policies have created the need for more than one phone. One day, high end dual sim smartphones might result most people carrying a single phone again.

The tablet also created a new need. A new consumption centered device. Everyone I know who owns a tablet also owns a laptop. They do use both. One device can do the job of the other, but not as conveniently.

Watching a friend of mine packing for a business trip was surprising. Two smartphones, a tablet, a laptop, a Kindle and three chargers.

With two or more phones in the pockets or handbag and a tablet in tow, and maybe even a laptop, is there still room for some to carry dedicated gaming devices like the Sony PS Vita.

Convergence of gaming in our business tools. Smartphones originally designed for business use, and tablets for internet access, have grown into very competent gaming platforms. Games make up the majority of the most downloaded apps in Apple's App Store, Google's Market and Windows Market place. The day when only expensive personal computers could be used for gaming is history. Even entry level computers these days are capable of a decent amount of 3D gaming.

In this milieu, will devices like the PS Vita and Nintendo 3 DS survive?

With the Sony PS Vita now being launched worldwide, Vita sales will either prove the poor sales in Japan will be a fluke, or be the start of a new convergence cycle with tablets and smartphones killing the handheld console market.

While the Sony PS Vita was developed before the tablet age, in hindsight Sony might have been best off releasing this device as a smartphone or a small tablet, while keeping the hardware controls to make it a true hardcore gaming device.