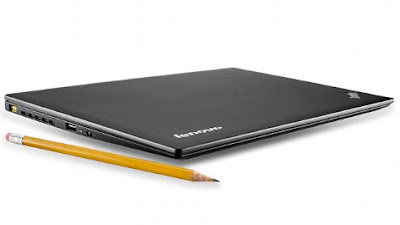 Lenovo has unveiled several new ThinkPad laptops with the new Intel Ivy Bridge chips. The most interesting of the new offerings it the Lenovo ThinkPad X1 Carbon Ultrabook. With a carbon fiber lid, and a magnesium allow case, Lenovo has brought ThinkPad grade manufacture to the Ultrabooks.

While I love Apple's MacBook Air, and have happily used one for near two years now, the all aluminum case which makes it look so attractive to many has been the biggest issue for me. It scratches easily, can get awfully cold when used in a cold environment which is uncomfortable to my wrists and, as another blogger found out, the lid can get misaligned in case of small accidents.

Still, a whole bevy of Ultrabook designs follows the all aluminum trend. The Dell XPS 13 Ultrabook with its magnesium palm rests and track pad corrects a flaw in the typical MacBook Air/Ultrabook design. Now we have the ThinkPad X1 Carbon Ultrabook, which looks like it might be the best designed Ultrabook to date. 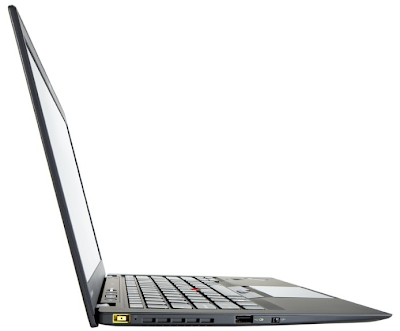 Instead of the universal aluminum lid you get a carbon fiber lid. Carbon fiber is also use for the roll cage. The rest of the case is made from magnesium alloy. The whole chassis is coated in a fingerprint-resistant matte soft-touch rubber coating. Inside it a carbon fiber roll cage keeping the whole thing together. The end result, this 14-inch laptop is just 0.75-inches thick and weighs in at just three pounds. Basically, it weighs as much as a 13.3-inch MacBook Air. 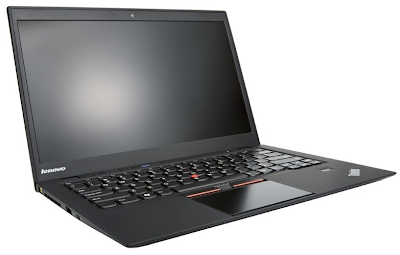 Actually, I am guessing that it wont be much bigger the a 13.3-inch MacBook Air given the thin bezel around the display.

The display is a high resolution 1600 x 900 pixels, and it had a backlit keyboard. For ports you get USB 3.0 and 2.0 ports, a Mini Display Port socket, a 3.5mm headphone jack, an SD card slot and a fingerprint reader. It will come with a selection of Intel Ivy Bridge processors.

The package sounds almost perfect, although I don't have details on the battery and the battery life, and I am guessing this will be a fairly expensive laptop. Still, it is number one on my want list. Expect to see the Lenovo ThinkPad X1 Carbon hitting shelves in two or three months.