Guide to the Current Crop of Low Cost Processors

As the new Windows 8 laptops come in, we are treated to new, somewhat confusing, series of processor names. To help gauge relative performance, I have listed the PassMark CPU Benchmark scores of the processors which you are likely to find on laptops priced at about Php30,000 of less. For comparison, I have included the last generation Intel Atom N2800, AMD C-70 and AMD E-450 for comparison. Notably, on this list the Intel Atom N2800 has poor HD video performance relative to its Passmark scores. Everything else plays HD content pretty well.

While not a comprehensive list of laptops available, here is a sampling of what you find in the market today.

Most processing power for the money, but on outdated platforms.


Looking at some of the laptops with these low cost processors, a decent place to start is the Acer Aspire One 756-877B with Windows 8 (SL) installed at Php18,900. It is a decent choice choicebut the absence of USB 3.0 port is really starting to make it feel old despite the new operating system. The Intel HD graphics on the the Intel Celeron 877 also does not support DirectX 11.


The 14-inch Acer Aspire E1-471 built on an older Intel Sandy Bridge is another bang for the buck choice. Priced at Php19,999 with Windows 8 and an Intel Core i3-23238M, this is the winner in terms of performance per Peso. The main drawback with the Acer Aspire E1 is it an older and thicker design weighing in a almost 5 pounds. It also does not come with a USB 3.0 port.

The magic of touch 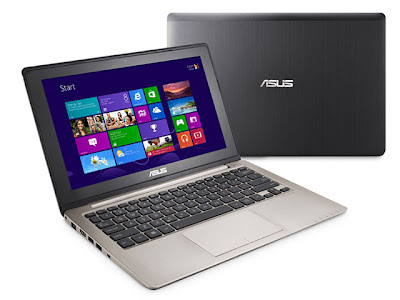 I can imagine the Windows 8 powered Asus VivoBook 202e is probably one of the more popular low cost offerings today. The Asus VivoBook 202e comes in two flavors. One is powered by the Intel Celeron 847 processor, priced at Php20,990. The higher end version comes with an Intel Core-i3 3217U, priced at Php26,990. The Asus Vivobook 202e would satisfy 90% of the buyers looking for a 11.6-inch Windows 8 notebook. It is thin, light, is solidly built with a nice aluminum finish, has a USB 3.0 port, a decently large 4400 mAh battery and has a touchscreen. The Intel Celeron 847 version is cheap enough to  Intel Core i3 version has more than enough power to do anything you are likely to do on a small laptop. 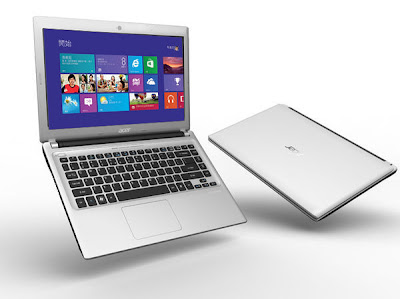 I am not sold on touchscreen on the laptop myself, but I think most of those looking for a new laptop these days want one. The Acer V5-431P gives you a Windows 8 laptop with a 14-inch touchscreen at a low price. For Php24,990 you get one with a Intel Celeron 887 processor. For a bit more at Php27,990, you get one with a Intel Pentium 997 processor. These laptops are thin, at less than an inch thick, they are still fairly hefty at a tad bit over 4.6 pounds, and that is with a small 2500 mAh battery inside.