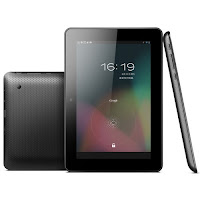 Cherry Mobile has shocked the local tech scene by announcing the Cherry Mobile Fusion Bolt. Php3,999 for a 7-inch tablet with an 1280 x 800 pixel resolution HD display, quad core processor and 1 GB of RAM almost unbelievable. The specifications sheet reads like a Asus Nexus 7 at less than a third of the price.

The biggest question mark in with the new Cherry Mobile Fusion Bolt is the chipset and graphics processing unit (GPU). The Fusion Bolt has a 1GHz quad-core Actions Semiconductor ATM7025 processor paired with a Vivante GC1000+ GPU. How well does this combination perform.

Pinoytech Blog has benchmarked the Cherry Mobile Fusion Bolt an the tablet and the performance is very good for a Php3,999 tablet, but really is better than dual core tablet but not as good as powerful  than a quad core tablets.

The Samsung Galaxy Tab P3110 uses a dual core processor on a TI OMAP chipset with a PowerVR SGX 540 GPU. The Google Nexus 7, has a quad core Nvidia Tegra 3.

Examining a breaking down of three key aspects of the Antutu benchmarks would show they key areas where the ATM7025 processor paired with a Vivante GC1000+ GPU fall short.

The quad core ATM7025 processor really does not perform better than a dual core unit. The dual core 1 GHz TI OMAP on the Samsung Galaxy P3110 is actually one of the slower dual core options on th market.

My advice, is don't look a gift horse in the mouth. If you compare the Cherry Mobile Fusion Bolt to a Google Nexus 7 which costs more the than three time more, the Google Nexus 7 is more than twice as fast. But you should not expect the same performance for a third of the price.

If you compare the Cherry Mobile Fusion Bolt to a Samsung Galaxy P3110 which will cost you more than twice as much, the Fusion Bolt looks to be a much better value for money option.