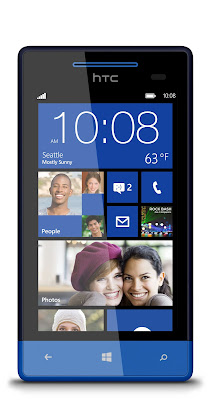 Globe Telecom is offering the HTC Windows Phone 8S at free at Unli Surf Combo Plan 1799 and My Super Plan 1799.  At these plans you get the phone for free, subject to a two year lock-in. Should you avail of the phone on my Super Plan 1799 you would have to add a data add-on.

The HTC Windows Phone 8S is a mid-level 4-inch Windows Phone 8 powered device with a 4-inch WVGA (480 x 800) display, an efficient Qualcomm Krait dual core processor and a 5 MP camera. Internal storage of this phone is only 4 GB but it is expandable via a microSD card slot.

This phone, like all other Windows Phone 8 devices, is a particularly good choice for heavy Facebook users. If you are looking to the closest thing to a Facebook phone, Windows Phone 8 is it. Facebook it integrated into Windows Phone 8 People (contacts app) which allows you to even create groups for your special Facebook Friends. A nice way to reduce the clutter from having friended 4,000 people. Facebook Messaging is also integrated to the SMS app. If you SMS a person who happens to be online on Facebook, it will prompt you to send a Facebook message instead.