With all the emphasis on high resolution displays who though we would ever see this. Three years ago, Dell launched the Streak. It was a well built phone with a large 5-inch screen with a WVGA display (480 x 800). The product developed a small following, but it was for from a success. Fast forward to 2012 and smaller OEM and ODM manufacturers start manufacturing large 5-inch phones with WVGA displays to keep the cost down.  In the local market, we have seen the 5-inch monsters with the Sharp SH530U, Cherry Mobile Titan and MyPhone A919. Following this up last month were the even larger 5.2-inch Cherry Mobile Cruize and Cherry Mobile Omega. 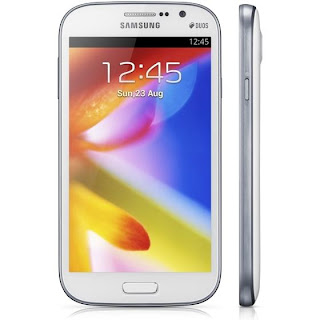 Now Samsung is on board with the Samsung Galaxy Grand. The Galaxy Grand is a mid-priced 5-inch Smartphone with a WVGA display. Some may say that Samsung actually set this trend with its own Galaxy Note series, but in the past two years, Samsung offerings (like most other Android manufacturers) have correlated size with price. Cheap phones came with 2.8-inch displays and as the displays got larger, the prices got higher. The Galaxy Grand is priced at just Php16,840, breaking this trend.

The Galaxy Grand, has a powerful enough device with a dual core 1.2 GHz ARM Cortex 9 processor and 1 GB of RAM. The phone comes with 8 GB of internal storage expandable via a microSD card, an 8 MP primary camera and a 2 MP front camera. A 2100 mAh battery powers this beast. For an operating system, it has Android 4.1.2 "Jelly Bean" on board.  To keep costs down the chipset has been outsourced to a third party, and graphics are provided via Broadcomm VideoCore IV graphics.

Samsung's entry into lower cost large screen smartphone market will inevitably compel other manufacturers to follow, and 2013 might see a year when the profile the typical of an Android smartphone becomes a 5-inch smartphone, with flagships having 1080p displays, with lower price offerings coming with 720p displays, qHD displays and WVGA displays.