Globe Telecom is offering two of Huawei's premium devices on postpaid plans, as well as via prepaid kits. The Huawei Ascend Mate is a massive 6.1-inch tablet with a large 4050 mAh battery. On a post paid plan you can get the Ascend Mate free for as low as Plan 999 on a 24 month contract. Here is a matrix of all available options: 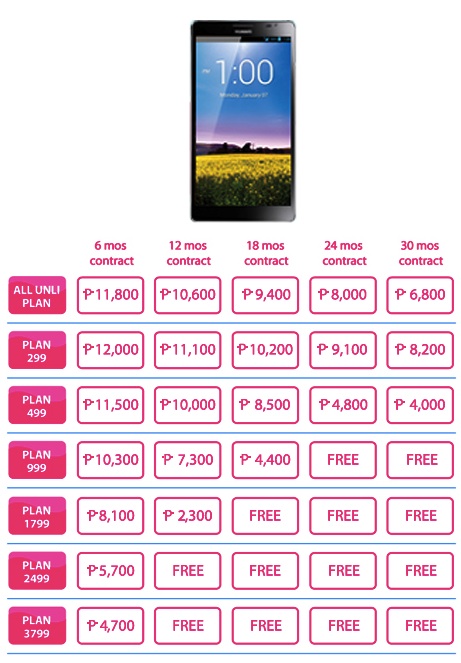 I have an article comparing the Huawei Ascend Mate and the Samsung Galaxy Mega 6.3 at this link.


The Huawei Ascend P6 is the company's super slim 6.18 mm thick phone. This one starts free at Plan 1799 on a 24 month contract. Here is a matrix of all available options for the Ascend P6: 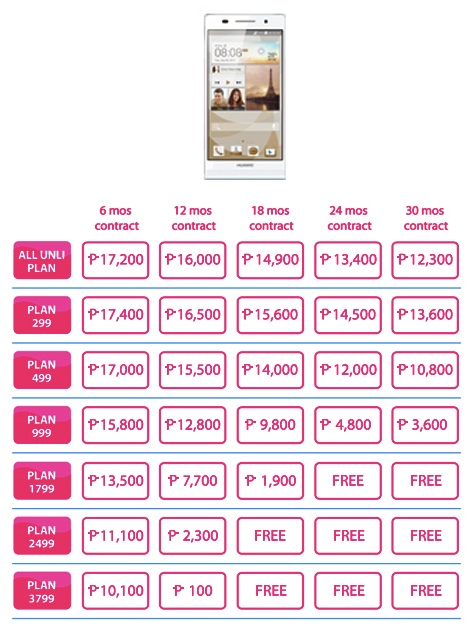 You can find out more about the Huawei Ascend P6 at this link.

If you get one now on a postpaid plan, you can also get two free tickets (including VIP tickets) to the Carly Rae Jepsen concert.

Details on how to avail of the promo is found on Globe Telecoms site at this link.