The case for 7-inch tablets 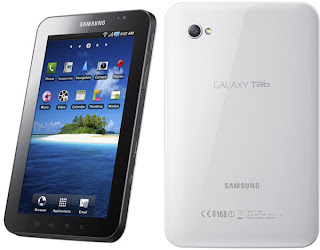 "Like a surrogate child carried in the womb and then given to loving parents, I just sold the iPad I’ve owned for the last nine months. Don’t get me wrong: there’s much to admire about the iPad with its long battery life, touch-optimized user interface and support for thousands of excellent applications. The problem is that I simply don’t use it any more. Actually, let me re-phrase that: I stopped using the iPad about a month ago, after I bought a 7-inch Samsung Galaxy Tab running Google Android."

You can read the rest of the Article at this link.

I also belong to the camp which thinks the 7-inch tablet is a better choice, simply because it is a much easier to carry around which we discussed in a previous post here.
Posted by Unknown at 9:52 AM