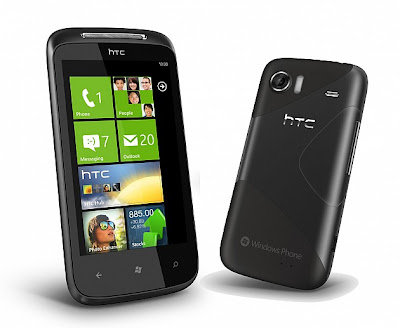 The HTC Mozart, a Windows Phone 7 smartphone, which was previously exclusive offered by Smart Communications in 2010, is now available in the retail market. The price is a surprisingly low Php25,500 which is the price listed by CMK Cellphone and TopElectronics.

While we are not very bullish about the initial entry the Windows Phone 7 in the Philippines, as it was being offered as part of plans priced at the same ranged as Apple's iPhone 4. At that price, Windows Phone 7 would have a very hard time building a following, as the iPhone has a well established App store with 300,000 App's while Window Phone 7 has maybe 5,000. In terms of the operating system, Apple's iOS is a known quantity which many users are happy with and recommend. Windows Phone 7 smartphone is like a leap of faith. And lets face it, an Apple phone or a BlackBerry is the "in" thing these days. But at Php25,500, HTC Mozart might help convert some users to Windows Phone 7.
Posted by Unknown at 11:39 PM