I decided to avail of a Nokia N8 from Smart Communications under retention yesterday. I know, I know this is not the best choice for a smartphone. I have read the reviews, over and over again. But the N8's camera with its Carl Zeiss lens and 1/1.83" sensor was the compelling reason for getting the N8.  My initial impressions of the N8 are what the review say. Good build quality, a UI which feels a bit on the clunky side for the little I have used it.
And unfortunately, I have not used it much. The N8 works fine for half and hour or so, after that, and it constantly starts reboots every minute after that. 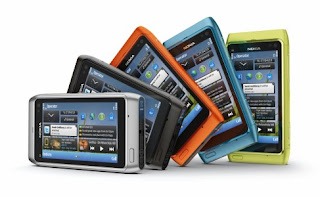 This is the bad part acquiring a shiny new toy. Not just this phone, but pretty much every computer, mobile phone, processor, motherboard, video card and hard drive I have bought. It ever gives up on me in the first seven days, or runs the length of a warranty without any issues. In the past decade or so I have had to ask for the replacement six electronic devices within one week from purchase. During the same period, I have only two claims under warranty.
It would be nice if manufacturers spent more time doing quality control checks of their items before releasing them from the warehouse. But in todays world, with growing competition, and with high tech gadgets costing less and less, I guess this is the price we pay for more affordable products. An entry level laptop, cost one-fifth of what is used to a decade ago. The most expensive smartphone today costs less that a mobile phone twenty years ago (yes I am that old). This is even without factoring inflation or value of money.
So, in short I understand and am willing to live with the inconvenience. So today, I headed back to back Smart Communications at the Mall of Asia. To my surprise the the unit is working fine so I thank them for their time and leave. In the parking lot, I make a phone call to inform my office I am on my way back. When I end the call, the phone reboots again. I take the unit back to Smart Communications and this time they get to observe the continuous rebooting. In three minutes they give me a letter to take to the Nokia Service Center two doors away for a certification for replacement. I was happy enough for the quick action.
So I head of to the Nokia Service Center where they examine the unit and observe that it is continuously rebooting. They tell me they want to open the unit to make sure I did not tamper with the unit and that would take at least an hour. Now add to that the time I spent in line waiting for a customer service representative to be available, and that I will have to again wait in line for the release of the unit, this will take about two hours or so. The time is a serious inconvenience,  but what was worse  was really insulting statement that maybe I tampered with the phone.
I explained to them that I have had the unit for less than a day and that the warranty sticker is intact. They explained to me that the warranty stickers can be removed and re-applied. It seems so easy for a Nokia customer service representative to accuse a customer of possible fraud. I asked to speak to the manager, and his response was to expedite the certification. Really, now that is besides the point I am no longer concerned about the unit, an apology for the insult would be nice. But the people at Nokia's service center do not seem to comprehend that. Maybe they are used to treating their customers as people who cannot be trusted. That really is a great way to build brand loyalty, treat your customers like criminals.
Every other company I have returned a unit to a day or two after purchase, checks that the warranty stickers are intact, inspects the unit for physical damage and replaces it. This usually take 10-15 minutes.
When the certification comes out, the recommendation says for "software upgrade and parts replacement". Smart Communication's has a seven day outright replacement policy, followed by the one year Nokia Care warranty. Despite the Nokia Service Center recommendation, Smart Communications is willing to give me a brand new unit on the spot. Smart Communication customer service handled the situation in a manner which I find more than acceptable.
The problem is, I really do not want a Nokia anymore. Not this phone in particular. Any Nokia, now and for the remainder of my life. They are not the only manufacturer of mobile phones, but they seem to act like it. I explained to the Smart Communications representative that I will take any phone, just not a Nokia. She  seem to understand and offers me a Samsung Galaxy Tab. I do not really want a tablet, but that is the only other unit they have at my plan right now, and really I don't care. She checks for availability and informs there is none on stock right now, I tell her I am willing to wait. She checks my account and tells me the Tab is Php500 less than the N8. I tell her I am willing to waive that. I also bought a case for the Nokia N8 and that is another small useless expenditure.
What is a small loss in cash compared to accepting a unit from a manufacturer which treats its customers this way? As for Smart Communications, they handled the issue as well as I would expect anyone to handle it. Maybe I was a bit too thin skinned. I don't know. They really just got to me.
Even if I do not want a tablet, I would rather send my pesos Samsung's way than to Nokia. I guess it might not only be Apple's iOS and Googles Android cutting into Nokia's sales.
If anyone is in the market for a Galaxy Tab or a silicon case for an N8, please tell me. I have a couple of things to dispose off. Maybe I can buy a nice Samsung, Blackberry or HTC with the proceeds. Just not a Nokia. I am done with that brand for good.

Update 1. A friend of mine informed me of this related article: "Don't buy your phones from Nokia store greenbelt 1".


Update 2. Apparently, I should have been looking a forum complaints and not reviews. Seems this rebooting problem is a known issue. See this 23 page thread at the Nokia Europe Forums.


Update 3. I was trying to trace the problems I suffered with my Nokia N8 which after a short period of use constantly reboots. The problem surfaced after using the unit immediately after the initial charging of the phone. Here is a partial transcript of an interview with interview by Phil of Nokia Conversations of Nokia’s Excecutive Vice President Niklas Savander on November 18, 2010.


Savander: I have heard of the same through our customer care, we have heard that a limited number of Nokia N8 customers are experiencing a power down or not power up of the device.

Phil: Do we know the source of the problem

Savander: Yes we do. We have traced it down to the way we assembled the engines, we have as a precautionary taken immediate action across the product line.

Phil: How many will be affected.

Savander: If you look at the total number of N8's we have shipped, it is a small number.

You can watch the entire video here.
The small number is apparently too big to say, or Nokia does not know.
This was almost two months ago. Either I got old stock, or Nokia's precautionary measures did not work. Nokia should have done a better job advising their customer care on how to deal with the problem. Since it is a known issue, than they should have sent out instructions to NCC on how to deal with this issue when it comes up.


One of the comments to the interview reads:


Has always been a loyal Nokia user. Just bought a N8 and went dead within 2 weeks. Lost all my wedding and holiday photos and videos. It is still with the Care Centre and despite all the comments by the Nokia Vice executive president about the problems been identified, the technicians at the local Care Centre are still scratching their heads about what is wrong with my phone...

Worrying about product tampering when they know that they have already acknowledge that it was a manufacturing problem is idiotic.
Posted by Unknown at 4:18 PM