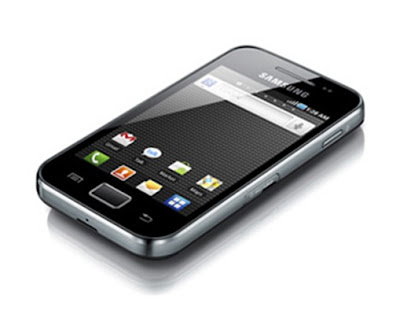 Six days ago I picked up a brand new Samsung Galaxy Ace. Five time in four days it suffered the so-called "Sleep of Death". The handset is still running, you can call it, but the phone itself will not ring and the cannot be revived from sleep mode.
We have had the new unit now for 48 hours. Firmware version is KC1 and WiFi is set to Sleep Policy is set to "When Screen Turns Off." WiFi has been kept running for 48 hours, whether or not there is a WiFi signal in the area. I used both the power button and home button to wake the phone and there has been no recurrence of the dreaded "Sleep of Death." Only way to revive the phone is to remove the battery.
If your Galaxy Ace suffers from this problem do not bother downgrading the firmware to KB1, or setting the WiFi Sleep Policy to "Never" or trying some other fix. The problem affects only a small number of Samsung Galaxy Ace handsets, and if you have the Sleep of Death problem your phone is defective. Have the unit replaced since the problem does not affect all Samsung Galaxy Ace units and is not a Google Android problem.
If you are planning to buy a Samsung Galaxy Ace it would be best to clarify with the seller its replacement policy. When I bought the handset from Absenson's I was told that it came with a seven day replacement policy. When I brought it back to them in the "Sleep of Death" state and demonstrated to them the problem I was informed that they do not have a technician in-house so the phone would have to be brought to a third party service company for evaluation. With a bit of "persuation" I got the unit replaced.
It might not be that "easy" for everyone. When you buy a mobile phone clarify how their seven day replacement policy works. In previous cases where I had to replace a unit within seven days (an Asus netbook and an Acer laptop), the shops I bought them from diagnosed them in-house and replaced them promptly. Don't buy from a retailer who cannot handle the seven day replacement warranty in house.
I am very satisfied with the Galaxy Ace (this is my fifth Samsung phone or tablet), and even if some units may suffer from the "Sleep of Death" issue, I would have no problem buying one or recommending one. Just make sure you get if from a responsible retailer.

June 21, 2011 update: Phone is past 120 hours uptime with no sleep of death incidents or other problems without having been rebooted.

June 27, 2011 update: Phone is past 250 hours uptime with no sleep of death incidents or other problems without having been rebooted.