Over a decade ago, one of the things I really like about having a computer was the ability to play flight simulations. My Pentium III 500 and 16MB Voodoo III graphics card was enough to handle what were than considered than resource demanding flight simulations like Microprose' Falcon 4, Microsoft Flight Simulator 2000. In 2001, Terminal Reality Fly! II required a video card upgrade. When I transitioned from a desktop to a laptop in 2004, which was the more practical because my work necessitated travel, my flight simulation days ended. I could probably have kept my desktop, but at the time I had grown tired of flight simulations and would fire one up maybe once a week. 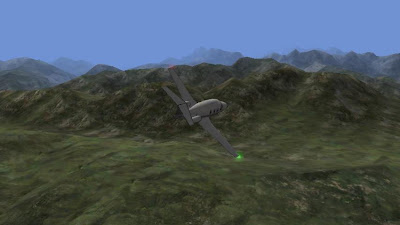 When the Android Market allowed paid apps to be purchased in the Philippine last month I started scouring the market for what new apps I could get for my mobile phone. As a testament to how good the free apps are in the Android Market, the only "paid" app I bought was the donate version of Screen Off and Lock.
Still I would browse the Android Market from looking for what paid goodies were in there. Eventually, I went to the games section and found Laminar Research's X-Plane 9. I was amazed. X-Plane had been around during my old flight sim days, but between Microsoft Flight Simulator 2000 and Fly!II I never got around to get a copy of what was than a promising but still developing sim.
Today, the Fly! and Microsoft Flight Simulator franchises have been retired, but X-Plane is still here. More importantly, it is available for Android and iOS. With an asking price of US$4.99, which is a fraction of what I paid for either Fly! and Microsoft Flight Simulator a decade ago, it looked like a steal.
Flying over the mountains of Innsbrook, Austria, I was amazed at what US$4.99 can get. As expected it is not a complex flight simulation with limited controls. This is the main drawback with migrating a flight sim to a mobile device. On the other hand the flight modeling and control options provided are a nice balance between satisfying a die hard flight simmer and the casual gamer.  Laminar Research also has a desktop and even a FAA certified flight simulation version available. On the accuracy of the flight model, Laminar Research says:

Even with the simplified approach taken for mobile devices, each plan has a different controls and cockpits. As I made my approach, I crashed my Cirrus-SJ-50 as it hit the runway, I realized that my landing speed and rate of descent a bit too fast. I better read up on this jet so I get it right the next time. Yes, it is a honest to goodness flight sim.
For US$4.99 you get seven small civilian aircraft, both prop driven and jets. There are another 42 aircraft available which cover a nice range of aircraft, from airliners, to experimental plans, World War II fighters, early and modern jet fighters, helicopters and even seaplanes. Apparently, if you get the war birds, you can do a bit of dogfighting too. 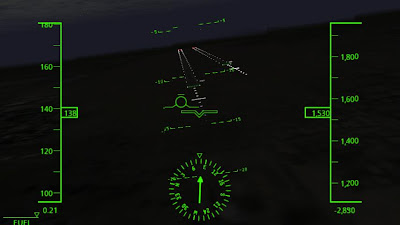 You also get six "regions" (or maps) with another 15 available for purchase. I have not bought any add-ons but I understand if you buy everything, it will cost all of US$61. The apps also allows you to change weather and time of day conditions.
I probably won't be spending US$61, but I have already seen some planes that I won't be able to resist buying. Well, but I will get to that after I enjoy the seven planes I already have (that is as many as used to come with the US$40 civilian flight sims I bought a decade ago).
The games works flawlessly on my HTC Desire HD. Whether you like serious flight sims, or have a casual interest, X-Plane 9 is worth you time and consideration.