I use a HTC Desire HD, which comes with HTC proprietary interface and apps. I have opted to use mainly HTC widgets and apps for most of the functions my my smartphone. I use HTC proprietary apps for contacts, calendar, SMS, social networking (Peep and Friend Stream), news, weather, navigation, time and alarms, and even the built in calculator. For other functions I use the standard Google Android apps that come pre-installed with almost every Android device. The standard Webkit browser for web browsing, GMail for email, GTalk for instant messaging and Google maps and places for locating places of interest.
Still despite the number of pre-installed apps on my HTC handset there are some key functions for which no pre-installed app is provided by HTC Sense and the pre-installed apps.
Note taking and tasks. As surprising as it may seem there is no pre-installed note taking app on the HTC Desire HD. HTC does provide a down-loadable tasks widget, but it is really of very limited functionality.  I have tried more than half a dozen apps in the Android Market and eventually settled on this two.
For keeping track of my To-Do list and taking down temporary notes, I use ColorNote Notepad Notes. I use ColorNote mostly for work. 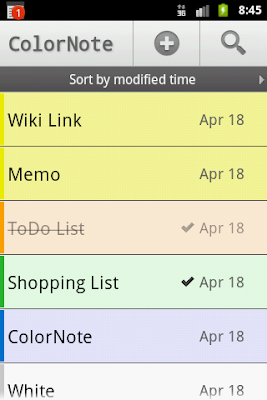 ColorNote has widgets which you can put on your desktop, with active notifications. 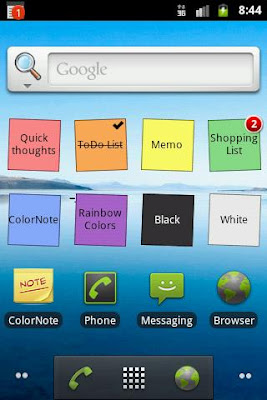 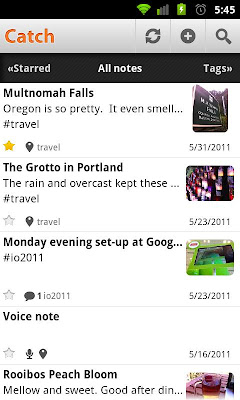 Catch.com, the maker of Catch Notes also has an app called Compass, allowing you to geo-tag your notes in in the Catch Notes app. 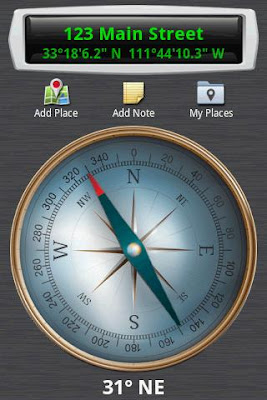 All these apps are available for free and are not ad-supported, but I would gladly pay for them.