Cherry Mobile has recently brought to the market two low cost, but very impressive Android phones, the Flare and the Titan. Cherry Mobile has promised three more phones this Christmas season, and has released the first of the three, named the Flame.

The Flame is similar to the Flare. It is a dual SIM phone Android phone which comes with Android 4.0.4 Ice Cream Sandwich. The Flame has the same chipset as the Flare, a 1.2GHz dual-core  Qualcomm MSM8225 Snapdragon S4 Processor and a Adreno 203 graphics processing unit.  The Flame as has 512 MB of RAM and 4 GB of internal storage expandable via a MicroSD card, and a 5 MP camera, like the Flare. 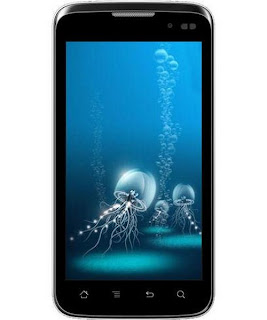 Where the Flame varies with the Flare is display and video recording. The Flame has a larger higher resolution display, a 4.5-inch qHD (960x540) IPS capacitive display. The camera on the Flare can alos record 720p video. To compensate for the larger display, the Flame also comes with a larger 1800mAh battery which is user replaceable.

The Flarme is price at Php6,299, which is Php2,300 more expensive than the Flare. The Flame is a pretty impressive phone for the price, and its main competition is the the more expensive Cloudfone Thrill 430x.  The Thrill 430x cost more, has a smaller display, but packs a much larger battery.

Another addition to the Cherry Mobile line-up is a welcome addition, especially since the Flare and Titan are always quickly sold out.