As for the phone itself, the Nexus comes into the Philippines at a mid-level offering but it is the most powerful smartphone in the country right now. 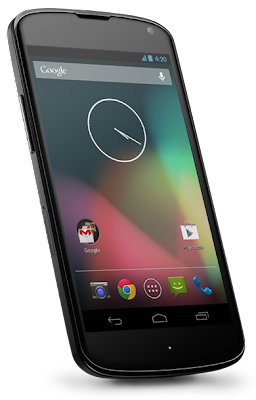 Unfortunately, the Google Nexus 4 is a mid-level offering, and to cut the cost, LTE is disabled on this phone. It does have an LTE modem. The Qualcomm S4 chipset on the Nexus 4 has a Qualcomm WTR1605L seven-band 4G LTE modem, inside. But LG did not include a signal amplifier and filter which are need in order for the LTE modem to work well. The LTE version of the Google Nexus 4 is the LG Optimus G.

Love the phone, but without LTE, it is a no go for me. Smart does have a very interesting phone at Plan 1500 on promo right now, the Sony Xperia V. Still this is basically half as powerful as the Google Nexus 4.

I am not sure if the model being offered at Data Plan 1500 is the 8 GB or 16 GB model. No work on pre-paid pricing either. I will try to find out tomorrow night at the SMART Midnight Christmas Rush.

You can pre-order your Nexus 4 at the SMART Midnight Christmas Rush, and the phone will be released starting December 18, 2012.