It has been a long time since I played computer games. After almost a decade of  I did some gaming again when I got my first Android Phone. Still in two years, I have downloaded all of 11 games, 7 of which were purchases. Of these 11, I only played one this year.

But there is one game, even a long time retired gamer like me is looking forward too: Baldur's Gate: Enhanced Edition. I played Baldurs Gate, Icewind and Neverwinters Nights a decade ago. Neverwinter Nights, and its expansion packs, being the last PC Game I played. 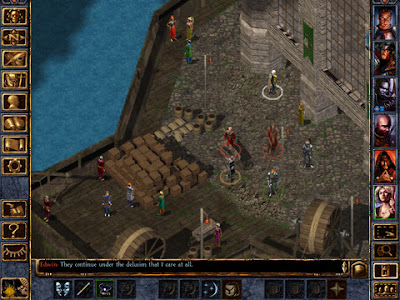 Baldurs Gate was awesome. It is the best Dungeons & Dragons franchise translation to the PC, and if I could have one PC Game brought back today, it would be the one. Baldur's Gate Enhanced Edition contains the original Baldur's Gate campaign and the Tales of the Sword Coast expansion. 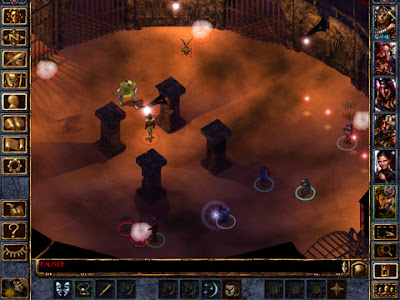 The game now available for iPad now, with an Android version promised but no updated ETA announced. The game costs a reasonable US$9.99 and is a 1.7 GB download. 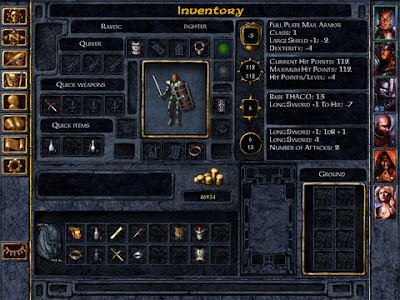 It does not look like the it will ported to phones. Given the UI design on the iPad, it would seem to be a tablet only game. Might make the purchase of an iPad mini really worthwhile.

You can buy Baldur's Gate Enhanced Edition at iTunes.
Posted by Unknown at 4:05 PM