No LTE for the Apple iPhone 5 in the Philippines? 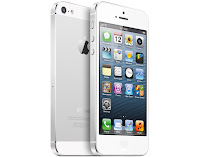 The biggest new feature of the Apple iPhone 5 is LTE support. LTE or Long Term Evolution is the next step in high speed wireless internet connectivity. Smart Communications launched its LTE service in August 2012, and Globe Telecom followed the next month. Both carriers made the service available for data only devices, with no mobile phone LTE plans.

Unfortunately, unlike HSPA where you have a universal standard, LTE technology implementation is fragmented. The iPhone 5 is built in three versions to try to provide support for most carriers. two GSM and one CDMA model. The Philippines uses GSM networks. The two iPhone 5 GSM models are model A1428 which supports LTE Bands 4 and 17 and model A1429 that supports LTE Bands 1, 3, and 5. So the first reason could be that the iPhone 5 does not support the LTE bands that Smart Communications is running on. There are 44, or so, LTE bands or which 7 commonly implemented. The iPhone 5 supports 5 bands.

There other possibility is that LTE technology is not being made available on the iPhone 5 for other reasons.

Whatever the reason, the iPhone 5 will be launching in the Philippines without a LTE plan, and all of a sudden it is start to look like an older model than a cutting edge flagship phone.