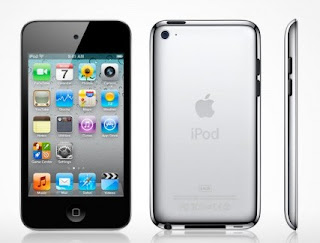 I am not much of a gamer, and do not have many games installed on my Android phone. I have a game called Teeter which came pre-installed with my HTC Desire HD. I tried this game once or twice. Like pretty much everybody else I think, I installed the entire Angry Birds series. I actually have not finished any of them, having finished the first 43 levels of the original Angry Birds, the 55 levels in Angry Birds Seasons, and 15 levels of Angry Birds Rio. I have had my Android for 108 days now, and have gone through a total of 113 levels of Angry Birds. So I have averaged about one level per day. While that may sound pathetic to the Angry Birds fans, every level I finished I repeated until I got three stars. Having purchased X-Plane 9 two days ago, I probably wont be making any progress in Angry Birds for some time.

But a smartphone for me has been a tool, and I really could not understand why people were so fond of playing games on them. Even the large 4.3-inch screen on my Desire HD is not really "big" by LCD standards (netbooks start at 10.1-inches these days). Games drain battery life of the already short battery life of my mobile phone pretty quickly compromising the phone and organizer functionality of my device...

...well at least till I installed X-Plane 9. Now there is a game I really like playing on my mobile phone. But the drawbacks are still there. I do find the Attitude Indicator on the Hud a bit small and a bit hard to read. Running X-Plane 9 on my phone eats up about 15% of its battery life in 35 or so minutes.
A good option might be to have a tablet as a gaming device. The 10-inch tablets are out. I really cannot imagine twisting and turning in dogfight or driving around a race track holding a 1.3 to 1.6 pound tablet in my hand for a long period of time. Still, that is a pretty expensive investment just for some casual gaming.

Another option is the iPod Touch. It is essentially an iPhone without the phone and 3G functionality; and less the 5MP camera. At Php12,490 at the Apple store, and as low as Php9,600 in the grey market for the 8GB version, this might might a decent gaming platform. A mini-tablet if you will. A 4.5-inch or 5-inch version would be even better.

I already paid for X-Plane 9 for Android. I will probably wait for X-Plane 10 and see if I by than I decide I like X-Plane so much as to get a "dedicate" gaming device.