When we learned that new third generation Apple iPad had a 70% larger battery to maintain the iPad's 2 ten hour battery life, we knew that the new A5x dual core processor with the on-chip quad core graphics would run hotter than the older A5 chip. The new display seems to be a bit brighter than the old one too. It does not take a rocket scientist to figure it out, that since the new chip and display consume 70% more power, than the new iPad will run hotter than the iPad 2.

ifixits' tear down of the Apple iPad revealed a cover for the A5x chip which is most likely a heat sink, given that there is thermal paste under the cover. The purpose of a heat sink is to transfer heat from the processor to the heat sink. This heat sink was not present on the A5, so Apple did make a change in the design to account for the additional heat. 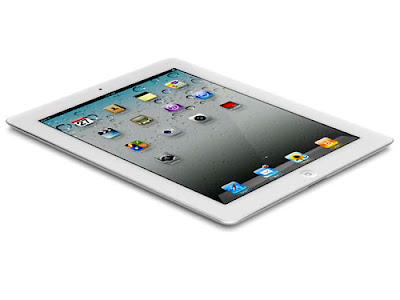 It started with a few reviews noticing that the new iPad ran hotter than the iPad 2, several reports in forums and than The Verge reported that Dutch website Tweakers.net has taken an infrared camera to the new iPad and revealed that it ran 5.3 degrees hotter than the iPad 2 when running the GLBenchmark. Tweakers.net noted that the hottest part of the device was the lower right corner where the processor is located.

Apple has responded and said that the device runs within Apple's thermal specifications. This could be more of an issue once the third generation iPad 3 is released in the Philippines given that the ambient temperatures in the Philippines are pretty high (will get back to that in a bit). iPad overheating issues are not new. There were complaints even about the original iPad. So it is not something to get all excited about.

Some users report the issue, some do not. There is a reason for that. An electronic device runs a few degrees hotter than ambient or room temperature. In other words if a device runs at 30 degrees Celsius when the room temperature is 24 degrees, it would run at about 40 degrees if the room temp is 34 degrees. Excessive heat can also result from the misapplication of thermal paste (putting too much makes the heat sink less effective).  Whether the current issue is limited to particular devices, is in the design or even is an issue at all, all we can do now is keep an eye on the reports, and wait and see.

We have more information at this link.