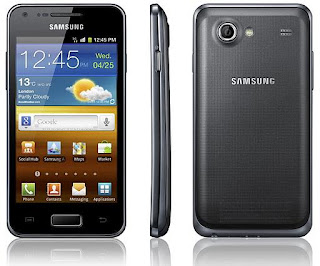 PinoyTechBlog has a review of the Samsung i9070 Galaxy S Advance. It is officially in country, with a suggested retail price of Php22,990.


Basically it is a lower spec'ed Galaxy S II. You should expect to see this at Samsung retailers at a about 2K below the SRP soon.