Sony Xperia S - The new king of the Android Hill? 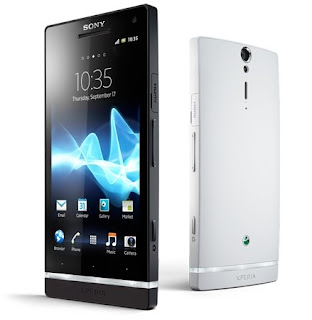 The Sony Xperia S will be hitting store shelves shortly and it has a fairly impressive kit, missing only the quad-core processor most flagship Android will be sporting this year.

Quick Specs:
The main competitor for the Xperia S is the Google/Samsung Galaxy Nexus both featuring the latest Android phone standard, the 1280 x 720 pixel resolution display. From a price standpoint the Sony Xperia S is prices at Php27,990 unlocked as opposed to the Smart locked Php31,200 Galaxy Nexus.


Comparing the Xperia S and the Galaxy Nexus, neither one dominates the other. We also have no word yet on carrier plans for the Xperia S. But those wanting a unlocked phone will of course prefer the Xperia S, and it does not hurt that it is cheaper unlocked the the Galaxy Nexus locked. The 32 GB or storage and 12 MP camera are also very hard to ignore. If I had to pick one of these two, I would go with the Xperia S. I don't mind waiting for software updates but a software update cannot double phone storage and improve a camera.

As against older models like the Samsung  Galaxy S II, the 1280 x 720 pixel resolution display, 32 GB of storage and 12 MP camera will make it a better choice even if the Galaxy S II is 2K cheaper.

720p is the new standard for Android flagships and with the coming of the Xperia S, we wont be recommending Android flagship phones without it. When the Galaxy Nexus came out we, had a 720p display but had to make compromises with a decent 5 MP camera with 16 GB of non-expandable storage. While I love the 720p display, the Galaxy S II had key advantages in the form of substantially better camera and 16 GB of expandable storage (up to 48 GB with a MicroSD card). The Xperia S gives us the 720p display with less compromises on storage and with camera than can match the excellent 8 MP shooter on the Galaxy S II.