Not all that much has changed since our last series of smartphone buyers guides, but a few price changes make it worthwhile updating our guide. We also decided to streamline our guide and are abandoning our entry level, mid-level and high-end smartphone guides in favor of a single consolidated guide. 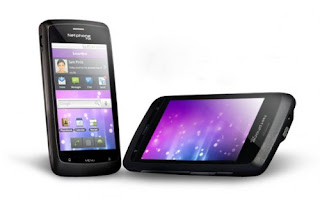 If you are looking for a smartphone, a good place to start is the Google Android powered Smart Communication Netphone 701. The Netphone 710 is actually a ZTE Blade which was released in the later part of 2010 so in terms of hardware and the operating system (Android 2.2), it is getting a bit long in the tooth. Internal storage is a scant 150 MB, although you can expand it to up to 32 GB via a MicroSD card. What keeps this phone as a viable option is several price adjustments, which now finds this phone priced at just Php4,999, and the 3.5-inch WVGA resolution screen (480 x 800). You will have to spend double the money to get a better display on a smartphone. If also has a functional auto focus 3.15 MP camera.

This phone is a good choice for someone who wants a smartphone for calls and text, web browsing, social networking, instant messaging and the like. It will do fine for many of the games, and even games like Angry Birds Rio can get rather choppy at times.


The BlackBerry Curve is BlackBerry entry level smartphone, and the Curve 8520 is an old 2009 design. The Curve 8520 has relies on GPRS and WiFi for data connectivity, and does not have a 3G radio.

What makes considering this QWERTY messenger phone worthwhile is the plan it is offered with. For Php599 a month you can get this phone free on a BBMax plan, with a two year contract. The BBMax plan gives you unlimited BlackBerry push email, BBM and unlimited data on the BlackBerry network. Basically, it is old hardware on an obsolete operating system, but it will keep you connected to your instant messengers, Facebook and Twitter 24/7 all for Php599 a month, without having to go hot spot hunting.

It is amazing how many people own smartphones which are basically relegated to being call and SMS devices which are used to connect to the internet only occasionally because of the absence of a good plan. The BlackBerry Curve 8520 is not a secy device these days, but with a BBMax plan from Globe, it is a very functional one.


Some may not want a Smart locked phone making the Netphone 701 not a viable option. And the  Globe locked BlackBerry Curve 8520 may not be interesting to many. For about Php6K, you do have several options, the most popular being the Samsung Galaxy Y. We recommend you consider the Alcatel Blaze Glory 918N instead.

The Sony Live with Walkman is another entry level Android, with a 3.2-inch 320 x 480 display. But this entry level phone is powered by a 1GHz Scorpion processor and has Adreno 205 graphics. This are the specification of a late 2010 Android flagship phone like the HTC Desire HD. The Scorpion processor will give you the full Android experience supporting Flash in the web browser and is powerful to handle all but a few of the games in the Android Market. The 320 MB of internal storage is also decent, and double of what you get on the Netphone or Blaze.

If you are looking for a camera phone, this one will not disappoint being equipped with a decent 5 MP shooter, with auto focus and a LED flash. This phone also support 720p video recording.

While our first three options are a lot cheaper, if you bite the bullet and buy this one, it will keep you much happier longer. The Sony Live with Walkman runs Android 2.3, but is confirmed to get an Android 4.0 (Ice Cream Sandwich) upgrade which promises to keep this phone viable well into 2013. 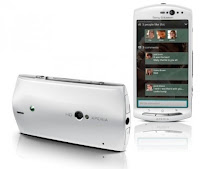 The next phone up the food chain is the Sony Xperia Neo V. This has almost the same specifications as Sony Live with Walkman with one key upgrade. The screen is a 3.7-inch WVGA (480 x 800) display. Since a larger display also consumes more power Sony equipped the Neo V with a 25% larger 1500 mAh battery.

The Sony Xperia Neo V runs Android 2.3, but is confirmed to get an Android 4.0 (Ice Cream Sandwich).

For about Php2K more than the Sony Xperia Neo V you can get the LG Optimus Black. The Optimus Black has similar specifications to the a larger 4-inch screen and comes with 2GB of internal storage, of which a bit more than 1 GB is user available. The 4-inch display is a 700-nit Nova display which provides better under bright sunlight. The Optimus Black is also a thing 9.2 mm making it look current even if it is now a year old. By comparison, the Xperia Neo V is 13 mm thick.


The LG Optimus Black comes out of the box with Android 2.2, with an update available to Android 2.3. It is confirmed to get an Android 4.0, but LG has been slow coming out with updates in the past.
7. HTC Radar

The HTC Radar is not really a more capable device than the lower Sony Xperia Neo V or the Optimus Black. It has a 3.8-inch WVGA screen, 1GHz processor, Adreno 205 graphics, and a camera 5MP. It does have 8 GB of internal storage, but this is not expandable, Windows Phones not supporting an SD Card.

Windows Phone also features a unified inbox, integration with Microsoft Skydrive storage (25 GB of online storage) and other features which place it in parity with Android and iOS. The main weakness in the Windows Phone ecosystem is the absence of Google Maps and Places. While it has its own similar services, these do not work too well in the Philippines.

The high end mid level phones are not that interesting. The HTC Desire S brings its HTC Sense interface and its premium aluminum case, but its other specifications are similar to the lower cost Sony Xperia Neo V. Samsung has not officially released a phone in the Philippine as the 20K price range.

If you are looking for something better than the Neo V or LG Optimus Black, but do not have the budget for a dual core phone, the Sony Xperia Arc S is worth considering. It has a larger 4.2-inch screen, a faster 1.4GHz processor and a 8 MP camera. Internal storage is the main weakness, with only 320 MB being user available, though it is expandable via a MicroSD card. So as against the much cheaper LG Optimus Black, it is a plus minus proposition. 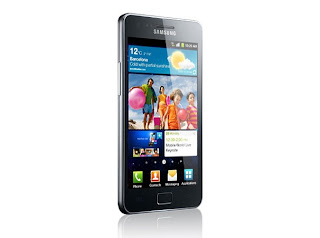 The Samsung Galaxy S II was selected as the best smartphone of 2011 at the 2012 Mobile World Congress, and with good reason. It has a 4.3-inch WVGA Super AMOLED display. Super AMOLED displays are currently the best you can get on a smartphone. The Samsung designed Xynos chipset is the fastest dual chipset core available. Internal storage is 16 GB, expandable via MicroSD card. It has an excellent 8 MP camera. All this is wrapped in a thin 8.5 mm shell. If you were to update this phone with a 720 x 1280 screen it would be a better phone than the latest Google Nexus phone, the Samsung Galaxy Nexus. It was the best available choice in 2011, and is still a great choice one in 2012.

The  Samsung Galaxy S II runs Android 2.3, but is confirmed to get an Android 4.0 (Ice Cream Sandwich).

The only drawback is it may be too much of a good thing. At 83 mm wide, I think many people, myself included will find this too big to use as a phone and a bit hard to carry in a pocket or even a belt pouch.

The Samsung Galaxy Nexus if the phone on which Android 4.0 was launched. It also makes a 720p (720 x 1280) display as am official standard resolution for Android phones. This phone serves as a reference design for other manufacturers and developers as to what Google will be supporting for the next 18 months. In other words, if your phone meets these specifications it should be able to support the next version of the Android OS. 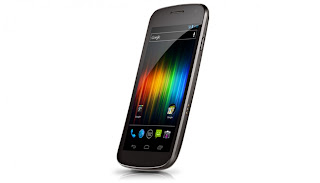 The display is a 4.65-inch Super AMOLED display, and that is the main point of interest in buying this phone. It has the HD resolution of the Samsung Galaxy Note in a handier package. The phone also does not make use of dedicated buttons (other than power and volume) with on-screen keys. The other specifications are actually not as good as the Galaxy Note or Galaxy S II.

The phone has 16 GB of internal storage, but it is not expandable. It has a excellent camera, but it is a 5 MP shooter and not an 8 MP unit. It has a 1.2 GHz dual core processor, but the Ti OMPAP 4460 and PowerVR SGX540 combination is not as fast as the Exynos chipset and Mali-400MP you find in the Galaxy Note or Galaxy S II.

The one key advantage of this choice is while Galaxy Note or Galaxy S II will also get upgraded to Ice Cream Sandwich, only the Galaxy Nexus is guaranteed to be updated to the next version of the Android operating system, and Nexus phones get updates sooner than other phones.

This phone is a great choice postpaid, at Smart Data Plan 2000. I am not as thrilled about it pre-paid. At 31K it seems a bit expensive for what you get.

If you want an Apple iPhone, the iPhone 4S is the best iPhone ever built. Hardware wise it is behind it Android competition. It has 512 MB of RAM, which is half of what top end Android phone have. Its dual core processor only runs at 800 MHz. But these differences are irrelevant since the iPhone runs on a different operating system, and these specifications are more than enough to run iOS. It comes with 16, 32 or 64 GB of internal storage 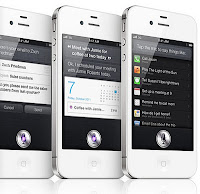 If you are not dead set on an Apple iPhone, maybe it may be best to look elsewhere. In many ways it is disappointing. This is really because it is an incremental upgrade from the iPhone 4. If you already own an iPhone 4, the best reason to get a 4S is the new improve 8 MP camera, which is much better than the 5 MP unit on the iPhone 4, and as good the best camera's on the Android phones. Overall, the 3.5-inch screen has a high 640 x 960 resolution, but it is small by today standards. This phone only supports HSDPA 14.4 connectivity, while the Galaxy Nexus, Note and S II all support HSPDA+ 21.1 Mbps connectivity. The iPhone 4S still uses a physical home button. A capacitative button would have been nicer and more durable. It is also heavy by todays standards, at 140 grams, this small phone weighs more than the Galaxy Nexus, Galaxy S II and Xperai Arc. My main reservation about this phone is longevity. It is an incremental upgrade. I suspect the next iPhone will be a major overhaul, which both iPhone 4 and 4S owners will want to upgrade too.

If you are buying cash, it is the most expensive choice. The Galaxy S II costs 7K less than the iPhone 4S without necessarily being a better choice.

On the other hand, it is a good postpaid option, but I do recommend you get it at Globe Plan 1799 or Smart Data Plan 2000 which only requires a small cash outlay. These are better deals than getting it free on Plan 2499. Postpaid, it really does not cost all that much more than its competition.
Posted by Unknown at 1:08 PM