Should you buy a 3G tablet? 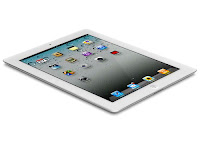 A year ago I would have said no if you already had a smartphone on a data connection. The reason was back than all we had were time based 3G internet or Php1,200 unlimited plans. Time based 3G is not really suitable for Android, Apple, BlackBerry and Windows smartphones which really cannot utilize all their features unless connected to the internet. Maintain two Php1,200 gets really expensive.

Since you needed a unlimited plan for your phone to really use it as a smartphone, the tablet was best used on WiFi. Still, hot spot hunting is a pain.

Things have changed since than. Globe Telecom and Smart Communications offer volume based data plans.

Globe Telecom has very nice volume based data plans, unfortunately they are available only to postpaid subscribers.
Smart volume plans are as follows:
Smarts plans cost more, but are available both on pre-paid and post paid.

With volume data plans you can get volume data plans for both your tablet and smartphone or get a unlimited plan on one device and a volume data plan on a smartphone.
There are some activities that consume large amounts of data, like downloading or uploading video, music, pictures and apps and even web browsing. But if you use data for email, social networking (with data friendly apps), running instant messengers, getting weather updates, navigation (it is advisable to cache maps using WiFi), checking for nearby restaurants and movie schedules and reading the news, 250-500 MB should be enough for the typical user. Volume data is enough on smartphones, especially if you already have a tablet.

The tablet would what you are more likely to be use while web browsing or watching streaming video, so I would get the unlimited data plan on the tablet. In addition, the tablet makes a better hot spot than a phone which you can use as a WiFi route for a laptop or even your phone. If you use your phone as a WiFi hotspot, you run the risk of running down your battery even faster. If you phone battery goes low, your communications goes out. A tablet, well if the battery runs down it runs down.

Looking a 3G tablet in this light, it can be your portable computer and a portable router, basically a super sized "MyFi" device.
Posted by Unknown at 2:54 PM

Email ThisBlogThis!Share to TwitterShare to FacebookShare to Pinterest
Labels: Odds and ends, Service providers and connectivity