There are several smartphones that are very interesting, but rather hard to recommend. With the June Guide coming out in a few days, I thought is might be worthwhile taking a look at the rather interesting phones that just won't make the list, the for one reason of another won't make it on my final list. 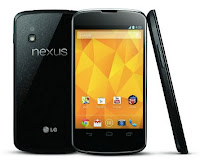 Google Nexus 4. A Nexus phone is always a good choice, getting software support directly from Google and getting the latest software updates earliest. The current Nexus phone, the Nexus 4 is a bitter hard to swallow. It lacks the latest radio technology, LTE, which is okay in countries where it is sold for US$299 to US$349 on Google Play. But in the Philippines it is still priced at Php21,250 for the 16 GB model, and that is after a more than 3K price reduction. A bit to expensive for mid-level hardware. In other words, we do not get the same deal from Google in the Philippines as in other countries.

While getting a Nexus 4 from an official retailer is a rather expensive proposition, you can get the from Widget City with a service only warranty for a much more reasonable Php14,990 for the 8 GB model or Php16,799 for the 16 GB model.

Alcatel One Toucb Idol Ultra. Alcatel's new Android smartphone is fairly impressive with a 4.65-inch HD (720 x 1280) AMOLED display mated to a super slim 6.5 mm case. That is a fair bit thinner than the 7.6 mm Apple iPhone 5 or the 7.9 mm Samsung Galaxy S4.

Still, as one reader pointed out, Php14,990 (now Php13,990) is a bit too much to pay for a phone powered by a Mediatek1.2 GHz dual core processor with PowerVR SGX531T graphics. This combo is barely enough to power the HD display when palying 720p video. I have to agree. 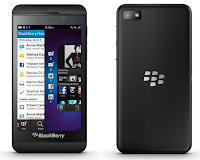 The problem is it tries to compete to closely. Priced at Php29,900 it is priced a bit too close to the Apple iPhone 5 (16GB) and the newly released Samsung Galaxy S 4. On a postpaid plan, it will cost you as much as an iPhone 5 or Galaxy S 4.

At these prices, it will really only appeal to current BlackBerry owners who are existing BlackBerry owners, and even those may be looking to move to Android and iOS which have much richer application ecosystems.

It is a shame though, the new BlackBerry 10 software has the new Messaging Hub which integrates all you communication, whether they be email, SMS, MMS, instant messages and even missed calls in one place and allows you to reply to those messages from a the central. This is something which you won't find on Android, iOS or Windows Phone.

Price lower, this might convinced people to try or go back to a BlackBerry. But going head to head with an iPhone 5 or Galaxy S4 is a difficult proposition for any phone. Given that the Z10 launches new OS, it makes the task even more daunting. 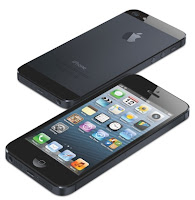 Apple iPhone 5. The Apple iPhone 5 is a nicely built and handy phone with a nice easy to use OS
and a large ecosystem of apps. The problem I have with iPhone's is the price does not go down for a whole year. So while the Php32,900 price was already expensive, when compared to a Samsung Galaxy S III and HTC One X when the iPhone 5 first was released, it really looks to be overpriced right now when comparing it to a Samsung Galaxy S4, HTC One and Sony Xperia Z.

My advice, get an iPhone as soon as it is released. This gets you the most bang for your buck. Right now, I would be to wait for the next one.