Globe Telecom's new plan allow you to unbundle the plan from a "free" device. The reality is that we actually play for the free device we get from out carriers in out monthly bill.

To compare how this works, I used Globe's online My Super Plan creator to compute what it would cost me to get a Samsung Galaxy S4 at Plan 1799.

The plan I put together comes out as follows: 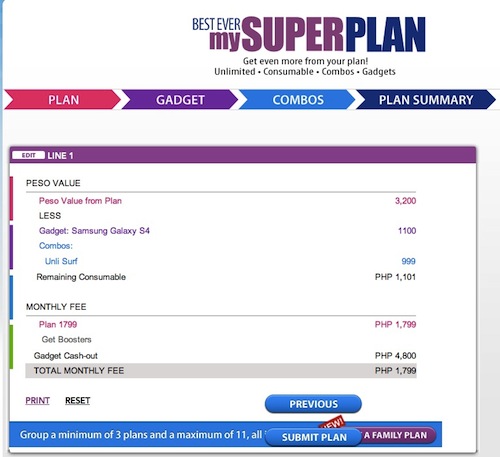 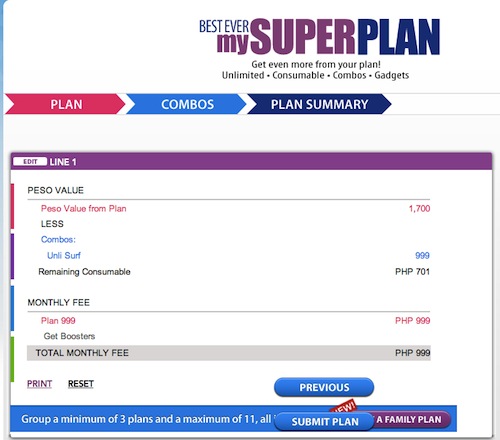 Now I created another Plan 999, without a bundles phone.

You would pay Php800 less a month, but would get Php400 less consumable. So assuming that I used the Php1,101 consumable a month I would save Php400 a month. This would make Plan 999 at total of Php14,400 cheaper over two years, without a bundled device.

Given that a Samsung Galaxy S4 will cost you twice that much, it is still worthwhile getting a phone with your Globe Plan, comparing these two plans.

The entire point of a data plan is to use less calls and SMS. If you font used the Php1,101 consumable at Plan 1799, the comparison would be different,  This would make Plan 999 at total of Php24,000 cheaper over two years, without a bundled device.

Email ThisBlogThis!Share to TwitterShare to FacebookShare to Pinterest
Labels: Service providers and connectivity