Ever since the Huawei Ascend Y300 has been my favorite entry level smartphone since it hit the market late last March 2013. While price a fair bit higher than the other 4-inch dual core Android phone based on the Qualcomm S4 Play processor like the lower cost Cherry Mobile Flare and Burst, it did offer enough to justify the higher price tag. Unlike its lower cost competition which still run on Android 4.0 (Ice Cram Sandwich), the Ascend Y300 comes out of the box with Android 4.1 (Jelly Bean). Given that you do not expect a software upgrade for these low end phones, a newer version of Android out-of-the-bos is a big deal.

The Ascend Y300 also comes with a 1730 mAh battery, larger than the 1500 mAh battery you will find in its competition. The Ascend Y300's 4-inch display also is protected by scratch resistant Gorilla Glass, something you do not see on phones at this price range.

For the past two months, the Ascend Y300 has been on my buyers guides. It crown is now being challenged by another Huawei phone, the newly released Ascend G510. 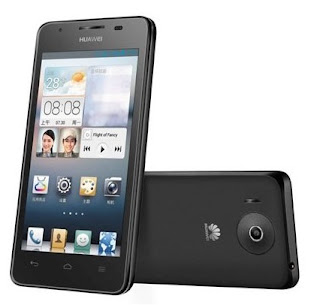 Commons specifications. Both the Ascend Y300 and G510 run on Android 4.1, Both have the same internals with a 1.2 GHz Qualcomm S4 processor, 512 MB of RAM and a 4 GB of internal storage expandable to 32 GB. Both have 5 MP primary cameras with VGA secondary cameras.

I do like the larger display on the G510, and 4.5-inches is my favorite size for a phone display. It makes for a large screen which is still small enough for one handed use (this is relative of course to the user). On the minus side, the G510 does not appear to come with Gorilla Glass.

Style. The Ascend Y300 is a chunky unit being 11.2 mm thick. The Ascend G510 looks more stylish at a trimmer 9.9 mm, and given the phone is much larger it looks much slimmer to the eye.

Verdict. I would go for the Huawei Ascend G510. I like the larger display. However, I really cannot say that is is a better choice than the Ascend Y300 with the smaller phone providing longer battery life.