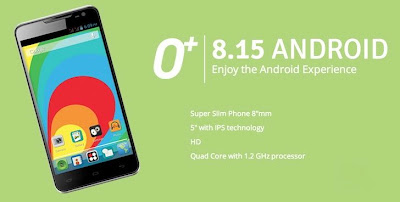 Quick specs:
The specifications are nearly identical to MyPhone's newly released A919i Duo. There are two substantial differences. The O+ 8.15 comes with a newer version of Android Jelly Bean, coming with Android 4.2 instead of 4.1 found on the MyPhone A919i. Given that lower end phones do not get software updates frequently, a newer version of the operating system is a big deal. The O+ 8.15 also has a thinner case, being a slim 8.4 mm, while the MyPhone has a case about 10.7 mm thick.

The O+ 8.15 is priced at Php12,990. That is Ph3,400 more than the MyPhone A919i duo. Adding to the value of the O+ 8.15 is its additional internal memory, which is 8 GB, which gives you roughly three times the internal storage of the MyPhone A919i Duo. It also ships with a 8 GB SD card, both of which combine to make the price difference smaller than it seems.