Before I got my Android phone it had been almost decade since I actually bought a game. When I first got my Android phone, of course I tried Angry Birds. I have spent several hours with Angy Birds, playing a few minutes here are there. Still, I am far from an Angry Birds addict. Flinging birds is fun, but something I like to do for 5-10 minutes every two or three days. To date, I still not having completed the original one, and it has been a year since I fired it up.

It took a few months after I got my first Android Phone for paid apps to be available in the Philippines. When paid apps became available, I browsed the market and found X-Plane 9 (now a free app, with paid add-ons).  So I decided to give it a go. Having been in PC Flight Sims before "retiring" from gaming altogether, I decided to give it a go. I only used it for a few hours, but the US$4.99 I paid for it is really just the price of two Mocha's a Starbucks. Nothing wrong with X-Plane. I just realized I was not going to enjoying reliving my Falcon IV and Fly! glory days without a large display, joystick and throttle.

Still impressed with what gaming on a mobile was like, I decided to pick a market favorite and give it a go: Robo Defense. This one kept interested for months. Over a period of five months, I was able to go as far beating Level 500.

During the 10 cent Android Market sale back in 2011, I picked up two more games, Sentinel 3 and SIM City. SIM City, well that is probably something I will try again if I ever buy a tablet. It is too complex a game for a 4.3-inch display. Sentinel III is a fine game, but I guess, one tower defense game was more than enough for me. Despite my five month addiction to  Robo Defense, I guess I am not really the tower defense type, so after a few hours on it, I left without finishing all the campaigns. Still it was well worth the money, and played it a lot while waiting in stores for Christmas gifts to be wrapped.  I an way I was glad to spend less time on my phone gaming.

Early in 2012, I found Dead Space at 50 percent off, so I decided to give it a go. It is one amazing piece of work. But three hours into the game, I realized my eyes were too old and too tired, to have to plays a first persons shooter on a small display. It is just too engaging. I found myself laying off Android gaming for a few months after that. 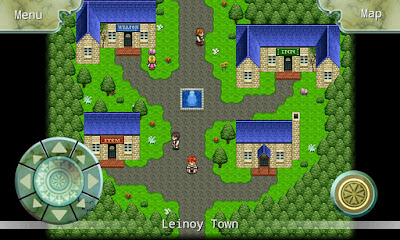 In July of 2012, Sasha Sagan over a PCMag wrote this article, The Quest For a Great Android RPG. And that was where my problem started. Role Playing Games, was something from even longer in my past. I played them before the PC age, when we used pencils, paper, dice and a lot of imagination. The author recommended Symphony of Eternity, and over several weeks I managed to complete the main story line after a satisfying 24 hours of Gameplay, after which keeping my characters "leveled up" skills I went through the campaign again, in "demi-god" mode and completed it in 7 hours. I figure, after a year or two I will revisit this game again. 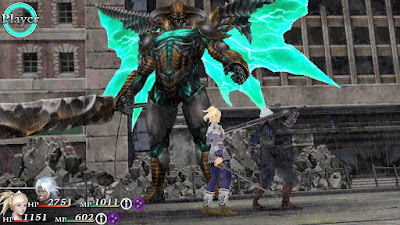 Problem now is I was hooked, so I followed up Symphony of Eternity with another KEMCO title, Eve of Genesis. Eve of Genesis has a shorter campaign and less play time than Symphony of Eternity but it well worth the asking price. Enough to make me decide to try Knight of the Earthends as my next RPG. Before I picked up Knight of Earthends, Google Play had another sale, and I decided to try Square Enix Chaos Ring.

So after four paid Android games over a span of twelve months, only of which I consider a hit, I am now up to a new game every two months, all from the same genre and I all of which I have finished or am finishing. This has the makings of a small addiction.

I have a short hit list once I am done with Chaos Ring: