Cheaper version of the iPhone 5? 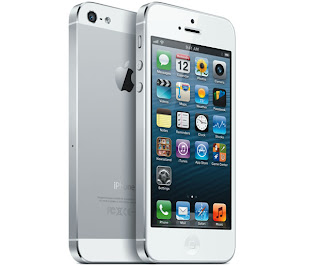 First there reports about an a cheaper Apple iPhone mini, which really did not make sense to me. For cheaper iPhones you have the 3GS, 4 and 4S. But here is a report from Mashable that does make sense.

A low cost 4-inch iPhone. App developers now have to develop apps for a 3.5-inch iPhone (2:3 aspect ratio) and a 4-inch iPhone (16:9 aspect ratio). Following Apple's tradition, the iPhone 3GS should be discontinued this year with the iPhone 4 taking its place. This leaves developers with having to support two resolutions. Mating an iPhone 5 display with a lower cost processors, without LTE, equipped with cheaper cameras and reducing the internal storage to cut costs makes sense to me. It will allow Apple to retire the iPhone 4 and 4S, standardize all iPhones at one resolution and would allow Apple to offer a cheaper iPhone. This would probably make life easier for its developers, and make for more enticing products.

A iPhone mini does not make sense to me. Cheaper 4-inch iPhones with a 640 x 1136 display, make a lot of sense. Phones like this would be a mid-level offerings, and not an entry level phones.

Another option could be to make 3.5-inch phones with 320 x 568 displays, and standardized around a 16:9 aspect ratio. These could be price much cheaper. But I don't see the appeal of this type of phone with entry level Android now mowing to 4-inch and larger qHD (540 x 960) displays.