We just finished our last buyers guide, but prices have changed so it is time for an update. 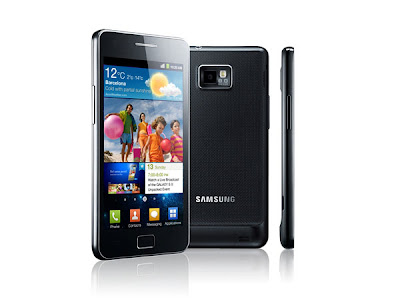 Php25,000 and higher. Buying a top of the line smartphone is now cheaper than ever, If you want the best smartphone that money can buy right now it is the Samsung Galaxy S II.

The Galaxy S II has a 4.3 inch 480 x 800 Super AMOLED screen, is powered by a Dual-core 1.2GHz ARM Cortex-A9 proccessor with a Mali-400MP GPU on an Exynos chipset 1GB of RAM, has 16GB of internal storage and a 8MP autofocus camera with a LED flash. It comes installed with Google's Android 2.3 operating system running under the new TouchWiz v4.0 user interface. Available from CMK Cellphones for as low as Php27,800, there is little reason to consider any of the other top end phones.

You do have HTC's Sensation at Php27,500 which has a higher resolution qHD (540 x 960) S-LCD, but the Galaxy S II overall has a better display, runs much faster, has more RAM, and more internal memory.  The only reason I can think of buying the Sensation instead of the Galaxy S II is if you simply cannot live without HTC's Sense user interface. You also have the LG Optimus 2x at a lower price of Php25,400 but the Galaxy S II specifications more than justify the higher price.

The other option at this price range is  is the iPhone 4, but that will actually cost you more than the Samsung Galaxy S II, and is about to be replaced by a newer and better iPhone. If you want an iPhone, best advice I can give is wait for the newer one or buy the iPhone 4 after it price goes down (when the new one is released). 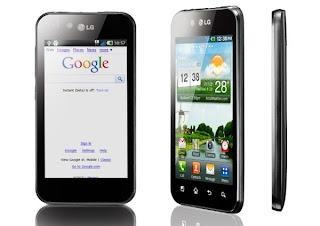 Php15,000 to Php24,999. At the mid-level, we recommend another Android,  the LG Optimus Black. Priced at Php17,990 it is really tough to beat. It 700-nit 4-inch IPS display screen is the best you will find at this price point and its 1 GHz  TI OMAP 3630 processor , PowerVR SGX530 GPU and 512MB of RAM will satisfy all users but the dedicated mobile phone gamer. It will run most games on the Android Market, not all.

Nokia has several offerings at this price point, the Nokia N8, E7 and X7, but Nokia is going to be moving to Windows Phone 7 by the end of the year. No point investing this much money in an operating system which is all but phased out.  But if you are looking for the best camera phone available, the Nokia N8 is still the best.

There are a couple of BlackBerry devices at this price point too, but RIM is also moving to a new OS, QNX. 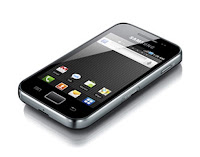 Php10,000 to Php14,999. At a lower price point we recommend another Android, the Samsung Galaxy Ace. With a 3.5-inch 320 x 480 resolution screen, an 800MHz processor and a better than expected camera, it is a competent Android phone. Priced at Php13,000 it offers good specifications for the asking price.  It's only real competitor is the HTC Wildfire S with a smaller 3.2-inch screen and slower processor.

Another interesting option at this price is the BlackBerry Curve 9300 3G at Php12,400. If you want to avail of BlackBerry services this is the phone to get. The next cheaper BlackBerry loses the 3G connectivity, and the higher end models really will not give you a significantly better experience.

Below Php10,000. Even at entry level prices, we still are recommending an Android. The LG Optimus One is the best phone at this price range. At Php9,800 with a 3.2-inch screen and a 320 x 480 screen resolution is the cheapest phone that will allow you to enjoy Android that way that it was designed to be used. Anything cheaper has a smaller, lower resolution screen.

Another interesting option at this price point is the Nokia E5. At Php8,800 it offers free lifetime turn by turn navigation.

July 4, 2011 update. Since we wrote this article the lowest price we have found on this phone with an official warranty went up to Php28,500. A few hundred more won't change out minds though. This is the killer Android phone to buy.