Not all Fusions are created equally. Despite the technological and price advantage of AMD Fusion platform as against Intel's entry level offerings, we have seen very few offerings in the market. AMD Fusion's are designed for HD video. AMD's C-50 Brazos does not interest all that much, well not anymore anyway (we will get back to that later). The C-50 is has netbook like processing power with good graphics performance. The AMD Fusion E-350 Zacate, is a true laptop chip. The C-50 might have been more interesting, except for the fact that C-50 equipped system do not cost significantly less than E-350 based systems. The price differential makes the C-50 about 5% cheaper, while the Zecate provides almost double the power.

In PassMarks benchmarks, the AMD C-50 scores 453 points, while the AMD E-350 731 points, higher than some of the old Intel Core2 Duo ULV processors. Both the C-50 and E-350 are paired with Radeon HD graphics. The Radeon HD 6250 on the C-50 is clocked at 280MHz. The Radeon HD 6310 on the E-350 is clocked at 500MHz.
Basically, when buying an AMD Fusion based system, buy one with an E-350.
Options. I have not seen many AMD E-350 systems in the market. HP has the 11.6-inch HP Pavilion DM1-3205AU which at its suggested retail price of Php22,990 is the best choice. There is my personal favorite, the 11.6-inch Sony Vaio VPCYB15AG which provides more graphics punch with 384MB of dedicated memory, but priced at Php29,990 and with 30% battery life, is a lot harder to recommend. We also have a 14-inch E-350 laptops from Asus, eMachines and Lenovo, but those weigh in more than 4.5 pounds and I really see the AMD Fusion as being something more suited to an ultraportable. 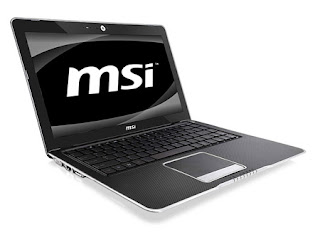 Enter 13.4-inch MSI X370x. Weighing in at 3.2 pounds, measuring 0.9 inches at its thickest point and Php21,995 the MSI X370x looks like it might be a poor mans MacBook Air. The 13-inch screen is a good size for many, big enough to be use as a primary computer, with the 3.2 pound weight making it light enough for frequent carry. 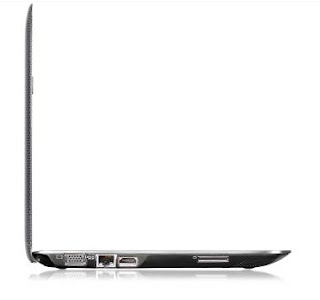 With a 1.6GHz dual core processor, Radeon HD 6310 graphics,  2GB of system  RAM, a 320GB hard drive and HDMI out, its specifications are sufficient for the price. The only Achilles heel in the specifications is the four cell battery, which will give you just over three hours of battery life. That would have been fine three years ago, but it is half of what you would expect from a modern laptop. The MSI X370x styling also looks like it was designed three years ago. Still, it is nice to have a 13-inch E-350 as an option.
Posted by Unknown at 12:04 AM