Around the web: Android gaming 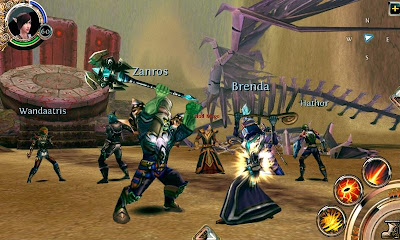 Phone Arena has a review of Gameloft's MMORPG Order and Chaos (also available for iOS).

Gameloft has copied nearly everything from World of Warcraft – the looks and the feel, but that's more of a good thing for the MMORPG aficionado. The company's biggest contribution is not in originality – it's in the brilliant interpretation of controls which have been fitted to a small screen without sacrificing usability. 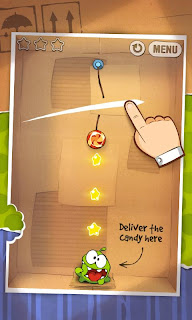 In case you missed it, Cut the Rope is now available for Androids. It is a puzzle game. This game just costs a dollar, and will bring hours of fun. Angry Birds fans will love it I am sure. Android Tapp has a review here.
Link to Android Market: Cut the Rope
Posted by Unknown at 2:42 PM