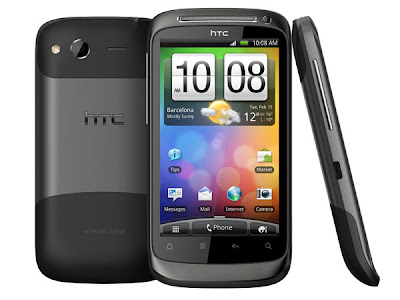 The Desire S is a great deal on a Smart Unlimited Data Plan. The LG Optimus Black is not offered by any local carrier at the present time. SMART Communications offers the HTC Desire S free on a two year contract under SMART's Data Plan 2000. Under this plan, the Desire S is the best deal in the market at this price point.
A modern smartphone is really not all that useful without a data plan, so if you plan to invest in one of these phones, you might as well factor in the fact that you will be spending on wireless data. If you want a device to drag around from WiFi hotspot to WiFi hotspot, we would recommend a tablet instead.
Data Plan 2000. With SMART's Data Plan 2000 you get 150 minutes of calls and 200 SMS to all networks, and you get unlimited data usage (subject to some restrictions - I recommend you discussed in detail with your SMART Communications agent when applying for the plan). If you look at the comparable phones in the market, the Google Nexus S from Globe Telecom, but that is at Plan 2499 bundled with 21 hours of data.
I use this plan use it to get my email and sync my calendar and contacts using the pre-installed Google apps. I do messaging mainly through the pre-installed GTalk and eBuddy (for Yahoo! Messenger and Facebook Chat) downloaded from the market  ( For social networking I use HTC's proprietary Friend Stream and Peep applications to keep me connected to Twitter and Facebook (it also has support for LinkedIn, Flicker and Plurk). I get weather updates through a HTC app and news through the pre-installed Android app. I get traffic updates using the the locally built Metro Traffic Navigator. Occasionally I surf the web on the browser, and yes make calls and send SMS too. All-in-all not bad for my Php2,000 per month.
Posted by Unknown at 10:33 AM