Where is Apple's Mac OSX headed? 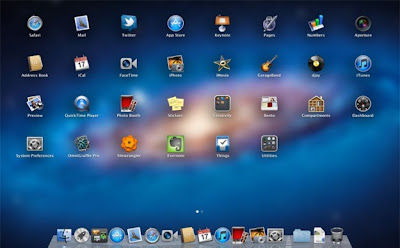 There have been conflicting rumors about where Apple's Mac OSX is headed. One line is that Mac OSX is going to wind up in a tablet, a new soon to be released Apple iPad Pro. The newly released Mac OSX Lion does look like it was designed with touchscreen in mind. The other line is Apple's MacBooks will move from from Intel's x86-32 and x86-64 to the ARM architecture. The third is that touchscreen will be coming to the MacBook.

Apple could build tablet with keyboards, like traditional Windows Tablets which are useful to certain degrees, and could become popular if Apple can find a way to cut down on the weight. Or it could simply be bringing touchscreen functionality to laptops and desktops. Typing this on my laptop, I am not sure I would rather use a touchscreen to navigate rather than the touch-pad. Touchscreen laptops and desktop, is possible, but it wont be a game changer.

The other possibility Apple makes a Mac OSX tablet. Mac OSX to a tablet is not the hardest part, but the interface of software designed to run on Mac OSX would have to be redesigned. Creating new ecosystems for new hardware is something that Apple has done successfully twice, first with the iPhone than the iPad.

The other possibility, is that Mac OSX could be approaching end-of-life. Moving the MacBook line-up to iOS and ARM is possible, as ARM processors are getting more and more powerful by the year. With iOS running instead of Mac OSX, ARM processors should be more sufficient and more efficient in terms of power. This would mean having to expand the iOS app ecosystem to include devices with keyboards. The main advantage the Windows has over Mac OSX is available software. Expanding the iOS ecosystem may be easier than convincing Windows software providers to make Mac OSX version of their software. This would also move MacBook's into their walled garden. This would be a real game changer. I am betting on the third.

I have posted this on the Mac section of my favorite Laptop Forum. Am curious to find out what the other think. Your comments, or criticism,  would be welcome too.