HTC Sensation. The HTC Desire S is a high end Google Android phone released by HTC in Q2 of this year. With a 4.3-inch 540 x 960 qHD resolution screen, dual core 1.2 GHz processor, Adreno 220 graphics, 768MB of RAM, 1GB of internal memory, a 8MP auto focus read primary camera with a dual-LED flash, 1080p video recording, a VGA front camera and full support for Adobe Flash. The phone was used as the launchad for the new HTC Sense UI 3.0, which I think is the best manufacturer designed user interface for Android, supported by several proprietary HTC apps, it promised to be the best Android phone for Q2 2011. 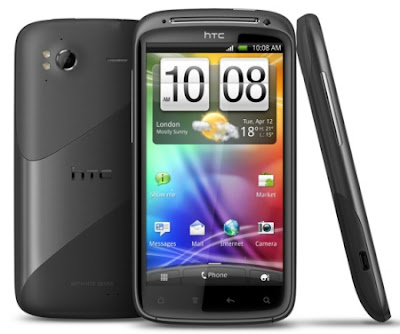 The Sensation is a better deal on a data plan. The Galaxy S II is currently available from Globe Telecom at Plan 2499 on a two year contract (a limited time promo if you apply online), which makes it the best deal postpaid also, well at least if you don't plan to use the phones 3G connection too much. Globe Telecom's Plan 2499 can be bundled with 21 hours of free mobile data, but that really wont let you use a modern Android phone to its full potential. A modern smartphone is really not all that useful without a data plan, so if you plan to invest in one of these phones, you might as well factor in the fact that you will be spending on wireless data. If you want a device to drag around from WiFi hotspot to WiFi hotspot, we would recommend a tablet instead.
With unlimited data added on, the Galaxy S II from Globe Telecom you would now be paying Php3,498 a month. The other option would be to bundle the Globe locked Galaxy S II with 1GB of data a month which would give you a total monthly fee of Php2,998.
With SMART's Data Plan 3000 you can get the HTC Sensation free on a two year contract. Data Plan 3000 gives you 300 minutes of calls and 240 SMS to all networks, and you get unlimited data usage (subject to some restrictions). So while the Samsung Galaxy S II is the clear winner for the cash buyer looking to buy an open line phone, on a carrier subsidized handset, the HTC Sensation could be a better deal.
Posted by Unknown at 12:04 PM