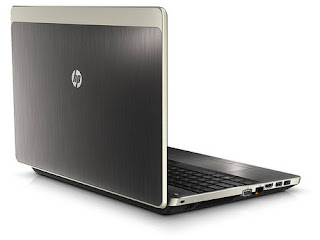 I finally got a look at the 12-inch low cost business ultraportable released by HP ProBook 4230S released in the Philippines. The HP ProBook 4230S is a nice looking laptop with an aluminum and the upper part of the case.

What will interest most prospective buyers it that is has a Sandy Bridge system, a Intel Core i3-2310 Sandy Bridge Processor, (2.1GHz, 3MB L3 cache, FSB 1333MHz), which will make it substantially faster than the Core i3 found in last years mobile i3's and the built in graphics will be almost twice as fast. It has 2GB DDR3 Memory, 500GB Hard Drive,  Gigabit LAN, Wi-Fi, Card Reader, USB port, HDMI out, a Webcam and Windows 7 Home Basic Licensed.

You can get it at Php36,995 bundled with a full boxed version of Microsoft Office Home & Student 2010 and an external DVD writer, or for Php29,995 without the bundle.

The entire package weighs in at a heavier than expected 4 pounds with a small but power 4-cell 4400 mAh battery. This is where I am less than happy. It is a bit heavier than I would like for what it offers. Given the small battery and with the 4-cell unit, you can expect it to only give you 4 hours or so of battery life. A 6000 mAh battery might have justified the weight.