October is for "Ice Cream"

We are expect a new Apple iOS 5 touting iPhone in October, but really that will be an anti-climactic released. iOS 5 will bring in Android like notifications and Android like OTA updates, tighter Windows Phone 7 like social networking integration and Cloud computing which has been provided by to many different services to mention. The Apple iPad 2 already gives a good preview of what to expect from the hardware, and will be enough to keep the Apple faithful in tow. More interesting is whether Apple will be making a stab at the mid and lower tier smartphone markets. 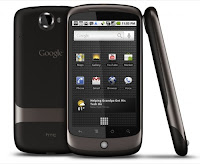 What is more interesting in October is the release of Android 4.0 Ice Cream. This will merge the Android 2.x smartphone operating system with the Android 3.x tablet operating system into one unified operating system. Here things are a little more uncertain. The next Nexus phone would seem to have the following specifications, a 4.65-inch 720p (1280 x 720), a 1.5GHz dual core processor, 1GB of RAM a 16GB or more of internal storage. Hardware wise, this will be the most significant Android phone release since the Google Nexus One. But like the iOS release, this will be anti-climactic too. Think smaller Honeycomb tablet.

What is interesting is what happens to the lower end single core Android's after Ice Cream is released? Will they be doomed to Gingerbread forever? Devices with 3.2-inch screens and small, and 320 x 480 screen resolutions and lower are a large part of the Android market share. What does Ice Cream have in store for these devices.

So, in the case of the iOS and Android, we pretty much have an idea of what the main course will be. I am really more interested in the desert.
Posted by Unknown at 2:40 PM