If you are starting to wonder if you only have Android options unless you are willing to spend big bucks, the Nokia Lumia 620 will feel like a breath of fresh air. The Nokia Lumia 620 also gives you a very good reason to try Windows Phone 8.

Internal storage is 8 GB, which is twice as much as you will find on lower cost phones. Storage is expandable via microSD card, with up to 64 GB cards supported.  A 5 MP primary camera and a VGA secondary camera compete the package.

You can read more about the Nokia Lumia 620 at this link.

Still, I think it offers enough to justify the asking price. The dual core ARM Cortex-A9 processor is clocked 200 MHz faster than the Thunder. The phone also come with 1 GB of RAM, which is double of what you have in the Thunder and Omega. Finally, a large 3500 mAh battery, gives it long battery life like the Cloudfone Thrill 430x.

The other specifications are in line with what you expect from a smartphone at this price, with dual SIM capability, 4 GB of internal storage expandable via a MicroSD card, a 5 MP primary camera with a LED flash camera, a VGA secondary camera and the other features you expect to find in a smartphone these days.

The Lenovo P770 is solid offering. I cannot say it is a better value for money option than cheaper phones. But overall, it differentiates itself enough from its direct competition to make it a worthwhile choice.

You can read more about the Lenovo P700 at this link.

The Lenovo S890 is a Android 4.1 (Jelly Bean) phone with  a 5-inch  display. This will place it in direct competition with the Cherry Mobile Omega which is priced at almost half the price of the Lenovo S890.

But if you like the Omega, but have the budget, I would really have to recommend the S890 instead.

The sharper qHD (540 x 960) resolution is one reason to pay almost double the money. At 5-inches, the qHD display really makes a noticeable difference in the sharpness of the user interface and image quality.  The 1 GB of RAM is the other reason. This is double of what you have in the Omega. The S890 won't beat the Omega in terms of value for money, but it is worth the "premium" price.

The other specifications are the same as the Lenovo P770, except that you get a larger 8MP primary camera and a smaller 2250 mAh battery. The battery is still sufficient for a phone of this size.

You can read more about the Lenovo S890 at this link. 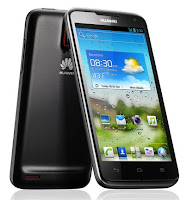 Huawei's D1 Quad is a very impressive Android (4.0.4) phone. It has a a  4.5″ IPS+ LCD display with a HD (720×1280) resolution. Powering the phone is 1.4 GHz quad core processor on a chipset designed in-house by  Huawei, the K3V2. The phone comes 1 GB of RAM. Powering all this is a 2600 mAh battery. It is a fast,  performs really well in the graphics intensive tasks and has a large enough battery to take advantage of all this power.

Internal storage is 8 GB, expandable with a microSD card. The phone also comes with 8 MP primary camera and a 1.3 MP secondary camera.  The camera image quality and video capture is just average however, but that is to be expected from mid priced phone.

You can read more about the Huawei D1 Quad at this link.

Inside is a quad core 1.4 GHz processor on an Exynos 4412 Quad chipset with Mali-400MP graphics. That is the same hardware as the Samsung Galaxy S III.  The processor is backed by 1 GB of RAM and a 2250 mAh battery. Internal storage is 8 GB, expandable via a microSD card slot.

The Lenovo K860 has a 8 MP primary and a 2 MP secondary camera. The 8 MP camera is not a good as the one you find in the Galaxy S III and produces only average images and video.

You can read more about the Lenovo K860 at this link. 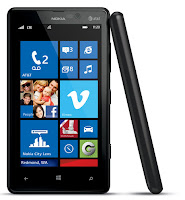 Lumia 820 has a display with a WVGA resolution. At thus price point, this is disappointing. The display is an AMOLED display, which does make up a bit for its low resolution.

The other specifications are what you would expect. The Lumia 820 has 1 GB of RAM and 8 GB or internal storage, with a microSD card slot with official support for SD cards of up to 64 GB. Good enough for the money.


You can read more about the Nokia Lumia 820 at this link.

Globe Telecom and Smart Communications are offering a pretty decent LTE Android (4.0.4) phone on plans. The ZTE T81/82 has the same Qualcomm processor and graphics chip as the Nokia Lumia 820 and also comes with a 4.3-inch display. The display has a  qHD (540 x 960) resolution.

The ZTE T81/82 is equipped with a 8MP primary camera and a 1.3 MP front camera. RAM is at 1 GB and 4GB of internal storage, expandable via a MicroSD card, is provided.

This phone is a steal at Globe's UnliSurf Plan 999.