There has not been much movement in the market insofar as officially released locally available high end smartphones are available. A high end smartphone these days is powered by a dual-core processor allowing you to run the latest near PC grade 3D games available, a 8MP or better camera which can capture high definition 1080p video and a high resolution display (480 x 800) or better. How much will all this goodness cost you?  Php24,000, or more.


If gaming and 1080p video capture is not important to you, check out the phones in this link.

Buying a high end phone means getting top of the class performance as well as future proofing so that it remains a viable platform for the next two years or so.
There are only three officially released high end phones in the Philippine market, and all of them are Google Android phones, Apple's next iPhone not yet having been released.

HTC's Sensation, LG's Optimus 2X and Samsung's i9100 Galaxy S. The Samsung is the best and most expensive among the three, while the LG Optimus 2X is the least expensive purchase option, with the HTC Sensation occupying a uncomfortable position between the two. 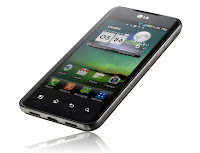 LG Optimus 2X P990. The LG Optimus 2X has 4-inch 480 x 800 Gorilla Glass protected screen, with 512MB of RAM and a dual-core 1GHz ARM Cortex-A9 processor, ULP GeForce GPU, Tegra 2 AP20H chipset. Photography and video is done via a 8MP primary camera and 1.3MP front camera. For storage it has 8GB of internal storage which can be expanded via a MicroSD card to 40GB.

It is the only Tegra 2 handset among the three, which is something to consider since it would probably perform best for Nvidia Tegra 2 optimize games.

It can be found in the market for as low as Php24,000, with an official warranty. If you want this phone you will have to buy it open line as it is not being offered by any of the carriers subsidized under a contract. 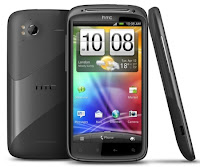 HTC Sensation. Going up the food chain, you have the HTC Sensation which can be purchased as low as Php26,700, with an official warranty. What does the addition 2.7K get you?

The HTC Sensation has a larger 4.3-inch screen with a higher qHD 540 x 960 resolution. It has 768MB of RAM, which is 50% more than the LG Optimus 2X. The Sensation is nicely built with a aluminum case and what in my opinion is the best Android user interface, HTC's Sense, and the accompanying HTC proprietary applications and widgets like FriendStream.

But it is not all uphill, while the 1.2 GHz dual-core processor runs 200MHz faster than the processor of the LG Optimus 2X is does not necessarily do better where it counts most, in gaming. Also, while the Optimus 2X has 8GB of internal memory expandable to 40GB, the Sensation has a scant 1GB of internal memory. While a 8GB MicroSD card is provided with the Sensation, it does mean that storage is only expandable to 33GB.

Is the Sensation worth the money? In my opinion yes, but that revolves around the HTC Sense user interface. Being a HTC user myself, I love HTC Sense and do not see myself using an Android without it.

Another good reason to get the HTC Sensation, for those looking at a plan is that it is available subsidized from a carrier. The HTC Sensation is offered free by SMART Communications under a 2-year contract at Data Plan 3000 or Consumable Plan 2500. Data Plan 3000 gives you 300 minutes of calls and 240 SMS to all networks, and is coupled with a unlimited data plan. A smartphone is not really all that useful without some kind of data plan.

Basically, you have a Php60,000 or Php72,000 commitment spread over two years and have a carrier locked phone. But if you use that many minutes, SMS and data, you do get the phone for free. 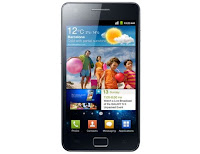 Samsung i9100 Galaxy S II.  At the top of the food chain is the Samsung Galaxy S II. Available for as low as Php28,000 with an official warranty, it is priced just 1.3K over the HTC Sensation and 4K over the LG Optimus 2X.

Is the price differential worth it? As against the Optimus 2X you do get a larger 4.3-inch display, and that Galaxy S II's screen is the best in the Android world Super AMOLED display. You get double the RAM (1GB) and double the internal storage (16GB). Instead of the 10.8 mm thickness of the Optimus 2X the Galaxy S II comes wrapped in a super-slim 8.5 mm thick case. It is well worth the 4K price premium.

Making the Galaxy S II an even more tempting choice is that it is being offered by Globe Telecom under a two year contract for just Php2,499 a month on a consumable plan.

As against the HTC Sensation, you loose the higher resolution 540 x 960 display and the HTC Sense UI. But you go get more RAM, more internal storage and ultimately, what every high end smartphone buyer is looking for, with the dual-core 1.2GHz ARM Cortex-A9 proccessor, Mali-400MP GPU, Exynos chipset you get the fastest smartphone currently in production. All this is packed in a 8.5 mm thin case that makes the 11.3 mm case of the Sensation look fat.

If you are looking for the best Smartphone in the market, this is it.