Techie.com.ph reports that the LG Optimus 3D P920 is here, and it is priced at a reasonable Php29,900. This puts it at just 2K over the suggested retail price of Php27,900 for the LG Optimux 2x. 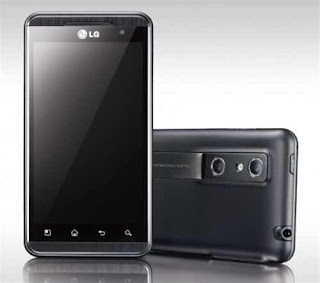 The LG Optimus 3D is a Google Android phone with a large 4.3-inch 480 x 800 resolution 3D display. At the back, it has dual 5MP camera which can do 1080p video capture in 3D. The Optimus 2x is powered by a dual core 1GHz ARM Cortex-A9 processor and PowerVR SGX540 GPU with 512MB of RAM. While this is far from enough power to dethrone the Samsung i9000 Galaxy S II as the fastest smartphone in the world,  this Cortex-A9 and power VR combo is a bit more powerful package than the Nvidia Tegra 2 based system on the LG Optimus One, and the Qualcomm package on the HTC Sensation.

Being the second fastest phone in the country with 3D gadgetry at Php29,900 is not a bad place to be. And if the 3D gadgetry is important to you, GSMArena recommends that this is the one to get.

As you can see, the LG Optimus 3D is much better for creating and consuming 3D content than the HTC's EVO 3D, while the EVO 3D is better at doing your regular smartphone heavy lifting. If the 3D stuff is the thing of most importance, then you have no choice but the Optimus 3D. On the other side, if you want it just as another cool feature on your phone - then you should go for the EVO 3D. And honestly, the coolness of the 3D effect wears off rather fast once you get used to it. Not to mention there aren’t much ways to share your 3D images and videos online.

Almost, forgot, glasses not required.
Posted by Unknown at 1:20 PM