Battle at the top: The Apple iPhone 4, HTC Desire HD and Samsung i9000 Galaxy S

If you are looking for the killer OS backed by 100,000 applications or more, right now its a fight between Android 2.2 (Froyo ) versus the Apple's iOS. In this regard, it is worthwhile to note that Apple actually has over 300,000 Apps in its App Store while Android has 100,000 Apps available. The newly launched Windows Phone 7, is only backed by about 5,000 Apps at present and the future of Symbian 3 is rather uncertain. 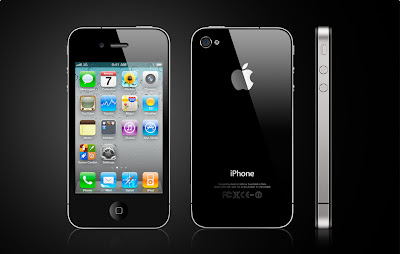 iPhone 4. The most desired touchscreen smartphone in the Philippine market is the Apple iPhone 4G. The iPhone 4G has a lot more going for it than the Apple exclusivity. Inside its aluminum and glass case is hardware which backs up the claim to being the best smartphone in the market.  It has a fast operating system, a slick user friendly interface, excellent web browser, a 3.5 inch screen which has the highest resolution of any mobile phone screen at 640 x 960 pixels, a Samsung manufactured 1 GHz Apple A4 processor, 512MB of RAM and 16GB or 32GB of internal storage. The weakest point is the  5MP  camera is so so, and the 720P video recording does not offer continuous auto focus but is pretty good. The iPhone 4 is not just the most sought after phone in the market because of the Apple on its back.

The cheapest price I have found for the iPhone 4 32GB, with a Apple Warranty, is Php43,500 . If you slide down to the 16GB model, you can get it for Php38,500 with an Apple Warranty. Internal storage is rather important for an iPhone 4 since it does not have a card slot, hence if you think you need the space, I suggest you pony up the additional Php5K. 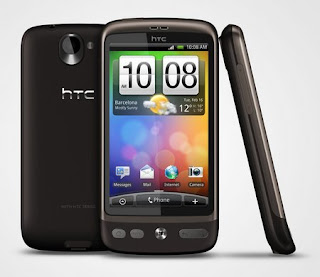 HTC Desire HD. The newly released HTC Desire HD will be priced at around Php35,000 to Php40,000 according to Yugatech. The HTC comes in big and bad with a 4.3 inch (480 x800) screen, tons of memory ( 768 MB of RAM) and a 1 GHz processor Qualcomm Snapdragon QSD8255. Internal storage, like HTC's other Android phones is disappointing. The phone has 1.5GB and  HTC provides you with a 8GB MicroSD memory card. Even with the included 8GB MicroSD card, it has 6.5GB less storage than the lower end iPhone 4.

The larger 4.3 inch screen is a plus over the iPhone screen, but after that it is downhill. The screen is an S-LCD screen which simply cannot match iPhone iPS Retina Display or Samsung's Super AMOLED. This phone was supposed to come with a Super AMOLED screen, but due lack of supply, HTC was forced to switch to S-LCD screens. In fairness, many people probably cannot tell the difference, but it is no doubt inferior to the other two technologies.

The HTC Desire HD has tons of RAM, at 768MB, but this is in part to compensate for the fact that its 1 GHz processor Qualcomm Snapdragon QSD8255 is about 37% slower 1 GHz Apple A4 processor as per tests conducted by Anandtech.  Similarly, the HTC Desire HD does does have a larger 8MP camera, performance is actually below the that of the 5MP unit of the iPhone 4. HD video recording on the HTC Desire HD  is iffy.

The estimated price for this unit is Php37K. 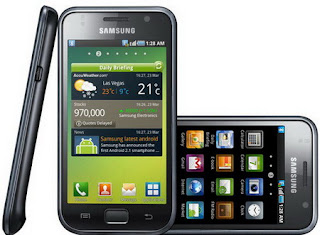 Samsung i9000 Galaxy S. Next is the humble Samsung i9000 Galaxy S. We say humble because despite its large 4 inch screen its all plastic construction makes it look less stellar than it is. The decision to build its flagship i9000 in a plastic case means that it is easily mistakable for other lower end Samsung phones. The absence of a flash at the back also makes appear to be less than Samsungs flagship phone.

Once in operation, it is clear it is not just your regular phone. It has a 4 inch 480 x 800 pixel resolution Super AMOLED display, which is clearly distinguishable from other LCD displays. Behind the Super AMOLED display is a fairly impressive set of hardware: 1GHz ARM Cortex A8 processor with a discrete graphics processing unit and 512MB of RAM. For storage you have the option of either 8GB or 16GB of storage. The Galaxy S camera fairs a bit better than the iPhone camera and records HD video better too. The Galaxy S runs Android 2.1 (Elcaar) but a Android 2.2 Froyo is available.

The 4 inch Super AMOLED sized screen is a plus as against the smaller 3.5 inch higher resolution screen of the iPhone 4. If you go with the entry level Galaxy S, it is just 33% cheaper than the cheapest iPhone4. Moving up to the 16GB model, matching the storage on the entry level iPhone 4, the price difference is still Php7,600.

Final words. If money is no object, get the Apple iPhone 4. It is the most chic among the three. It is fast a has a amazingly design interface. But if you are looking for a value for money option, the Samsung i9000 Galaxy S is it. It has a significant price advantage over the iPhone 4 and has a larger screen. The HTC Desire HD has even a larger 4.3 inch screen, but less storage our of the box the either the iPhone 4 or Galaxy S. In terms of clarity, the 4.3 inch LCD screen of the Desire HD is not a match for either the screens of the Galaxy S or iPhone 4. But than again, there is something to be desired about a 4.3 inch screen.