The case for the Nokia N8

Update: There is a known issue with this unit not powering up or powering down unexpectedly. You can read about it here at the Nokia Conversations blog interview and watch the interview with Nokia’s Excecutive Vice President Niklas Savander at this link.

FoneHome, citing a survey by Morgan Stanley said that Apple’s iPhone 4 is outselling the Nokia N8 by a margin of six to one. Still, the Nokia N8 sold 2.5 million in the current quarter and is projected nine million sales in 2011. It is a moderate success. It is not too difficult to see why. 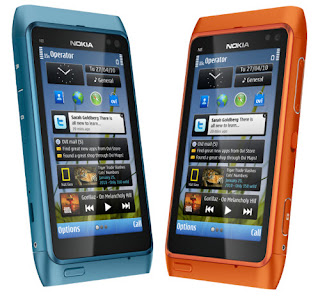 There are a couple of things going for the Nokia N8. The price is right. When Nokia released the N95 in the Philippines, its initial price was north of Php40K. When the N97 was released its price was just a bit over Php30K. The Nokia N8 is available at Php24,000 from the Nokia Stores at six months zero interest, and can be found for just under Php22K with a Nokia warranty. This is substantially lower than the Apple iPhone, and Samsungs and HTC's flagship models. Nokia seems to know that it is behind in the game an priced accordingly.
It has a killer camera. If you want a camera phone, you cannot find a better one. The auto focus 12MP camera has a Carl Zeiss lens and the largest sensor ever place in a mobile phone. The Nokia N8 has a 1/1.83" sensor. To place the sensor size into perspective, a high end prosumer camera like the Panasonic Lumix DMC-LX5 has a 1/1.63" sensor and the Canon G11 has a 1/1.7" sensor. Your typical digital camera has a 1/2.3" or 1/2.5" sensor. Complementing the high end lens is a Xenon flash. The Nokia N8 does a great job at HD (720P) recording.
The 16GB of internal storage gives you plenty of space for your pictures. The USB On-the-Go and HDMI out, really completes the digital camera/HD camcorder package.
The phone actually works. The Symbian^3 operating system is a an outdated OS compared to iOS, Androis and even Windows Phone 7. But everything actually works and if you have been a Symbian user, everything will feel familiar. The phone is also very well built. Between the Nokia N8's anodized aluminum case and Gorilla glass, you have one sturdy phone.
In the end, the Nokia N8 is not the best touchscreen smartphone, but it is not priced like one either. It fights at the mid-level In my opinion, if the camera function interest you, it is a very compelling choice. If the camera function is of little interest to you the slightly higher priced HTC Desire would probably be a better to choice.
Posted by Unknown at 12:35 AM