The best thin and light laptop for 2010: Battle of the Aluclads

Laptopmag selected the Apple MacBook Pro as the best Thin-and-Light laptop for 2010. A bit of a clarification, Thin-and-Light laptops are those with a weight of between 4-6 pounds, although for this blog we have revised that standard only consider laptops weighing between 4-5 pounds as Thin-and-Light laptops. At a inch thick and weighing in at 4.4 pounds that MacBook pro is certainly thin, and light enough to be carried around on a regular basis. Priced at Php61,990 it did have to fight of many a competitor to earn Laptomag's coveted award. Before conceding to the correctness of the choice, we wanted to look around the market and see what else was available. 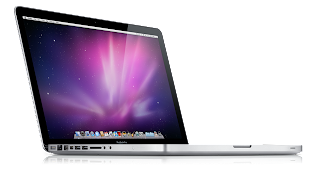 MacBook Pro
Battle of the Aluclads. The MacBook Pro is a beautiful machine built from an aluminum unibody frame. If we were to pit us against its plastic clad competitors we would surely find something which runs faster at a lower price. But we wanted to compare Apples with apples in a manner of speaking and we found a worth competitor in the  Php59,990 HP Pavilion DM4-1102TX. 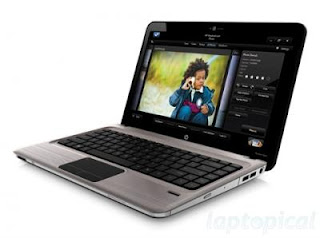 HP Pavilion DM4-1102TX
The 13.3" Apple MacBook Pro's dimensions are 12.8 x 8.9 x 1 inches and it weights in at 4.4 pounds, a handy enough package to carry around. It's aluminum unibody construction is a sight to behold. The HP Pavilion DM4-1102TX, with its 14 inch screen is bigger at 13.3 x 9.1 x 1.0-1.3 inches but it weighs in at the same 4.4 pounds. It's aluminum and magnesium construction can match the fit and finish of the Apple offering.
Under the hood. The MacBook Pro is powered by a 2.4 GHz Intel Core 2 Duo P8600 processor backed up by 4GB of RAM and a Nvidia GeForce 320M graphics card which relies on the main memory for its operation. For a Php60K laptop we are disappointed that HP on gave its DM4-1102TX 2GB of memory. Despite that, in terms of sheer performance it outclasses the MacBook Pro in performance. With a Intel Core i5-560M Processor which runs at 2.66GHz, with Turbo Boost up to 3.2GHz, backed up by an ATI Mobility Radeon HD 5470 Graphics (switchable) with 1 GB DDR3 dedicated RAM, it has enough more than enough grunt to blow the MacBook Pro out of the water insofar as performance is concerned.
PassMark CPU Mark gives that Intel Core i5-540M (they do not have a 560M on their database at the present time) a score of 2,524.  The 2.4 GHz Intel Core 2 Duo P8600 can produce a score of 1,609 in the same benchmark. The graphics cards are also in a completely different class. 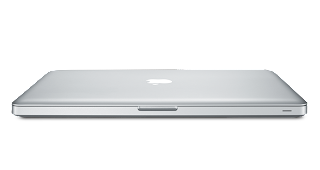 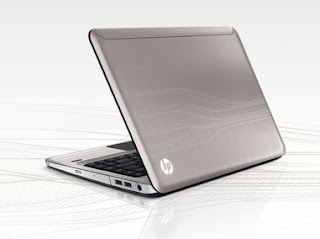 HP Pavilion DM4-1102TX
Connectivity and features. Both laptops have DVD writers, card readers and all the usual connectivity options. Being a Mac, the MacBook Pro has support for firewire and it has a mini-display port. The HP has a VGA port, HDMI port, an eSATA port and more USB ports. In this regard, it is like comparing apples and oranges. The MacBook Pro is outfitted like a Mac. The HP Pavilion DM4-1102TX has what you expect from a Windows box.
As a plus, the HP has a finger print reader. The MacBook has a back-lit keyboard. We should probably call this round a draw.
Endurance. The MacBook Pro promises a battery life of 10 hours, and delivers and amazing 7:48 hours in the real world as tested by Laptopmag. Laptopmag Also tested a HP Pavilion DM4 at that produced a decent 4:56 hours. That is almost three additional hours, and the MacBook Pro handily wins this round.
In the end, is much faster and has double storage of the MacBook Pro. It could double as a fairly serious gaming rig. The MacBook Pro has a substantially longer battery life. Which would I buy, neither. I would settle for the plain white MacBook which would give me most of the benefits of the MacBook Pro and save me Php10K in the process or a Acer 4820TG which would approximate the HP Pavillion's power at 15K less. But neither of those are clad in aluminum. If I did spend 10K more, for a aluminum warrior it is hard to argue against HP Pavilion DM4-1102TX, it has the look and the grunt under the hood to justify the higher price.
Posted by Unknown at 12:44 PM